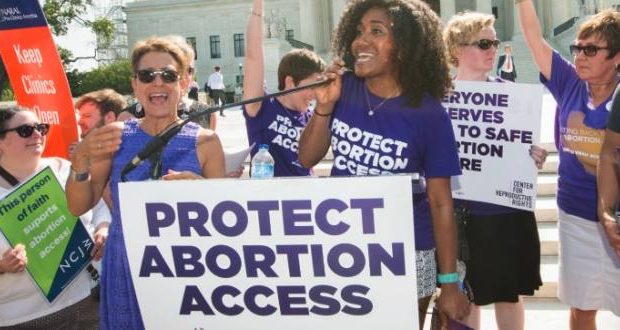 In the last 20 years, the ERA movement had become all about abortion rigiht.

The ongoing push for an Equal Rights Amendment (ERA) to the U.S. Constitution is over, the U.S. Department of Justice has ruled.

“Congress may not revive a proposed amendment after a deadline for its ratification has expired. Should Congress wish to propose the amendment anew, it may do so through the same procedures required to propose an amendment in the first instance, consistent with Article V of the Constitution,” its opinion read.

Even though the ERA actually died many years ago, the DOJ opinion is timely, because abortion advocates have been pushing the false argument that the ERA is still alive and can still be ratified, according to the nonprofit group Liberty Counsel. These advocates also have falsely claimed that the states that ratified the ERA cannot revoke their ratification.

The ERA has been marketed to Americans as promoting simple “equality” and “putting women into the Constitution,” and mandating “equal pay for equal work.” However, any sex-based distinction in a law would be unconstitutional under the ERA, and a law banning abortion clearly makes a sex-based distinction, because only women become pregnant. Because legal abortion has no actual constitutional authority, the three-state ERA ratification process has been an intentional act by activists to place the legal authority for the killing of unborn children into the Constitution and not to simply rely on the Roe v. Wade and Doe v. Bolton Supreme Court decisions.

VIDEO: Is there a pay gap between men and women?

“If the Equal Rights Amendment had passed, it would have unleashed a direct assault on the sanctity of human life by prohibiting all restrictions on abortions,” said Mat Staver, founder and chairman of Liberty Counsel. “The religious freedom of individuals, churches and faith-based organizations would have been jeopardized as well as the rights and privacy of women. I also think the ERA would have included an LGBT agenda that would be forced upon others who uphold marriage as between one man and one woman.”

Strangely, while the ERA was originally launched in part to give women equal access to equal access to certain aspects of society, it would have had the opposite effect.

Female athletes across the nation and world are now filing lawsuits against sports organizations who are allowing biological males to compete as females. The ERA would enshrine that in the constitution.

“In just 12 months, 30 states had ratified it, [while] 14 of the states did so without any hearings, committee action, debate, or input from the voters,” Liberty Counsel informs. “During 1973 to 1977, five more states ratified the ERA; however, during the same time period, five other states – Nebraska, Tennessee, Idaho, Kentucky and South Dakota – withdrew their ratifications. The states that never ratified the ERA were Alabama, Arizona, Arkansas, Florida, Georgia, Illinois, Louisiana, Mississippi, Missouri, Nevada, North Carolina, Oklahoma, South Carolina, Utah and Virginia.”