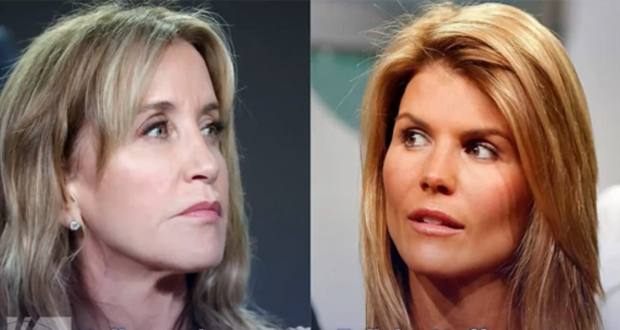 Actresses Felicity Huffman, of Desperate Housewives fame, and Full House‘s Lori Loughlin  were among 50 people charged in a nationwide college admissions cheating scandal that involved wealthy individuals paying up to $6.5 million to place their children into elite universities, according to court records revealed Tuesday.

The alleged scam — which involved students being placed into top colleges such as Yale, Georgetown, Stanford, University of Southern California, UCLA and the University of Texas — was run by a man in California, William Rick Singer, who helped parents get their children into the schools through bribes, court documents unsealed in Boston showed.

Officials have been investigating the case, named “Operation Varsity Blues,” for more than a year.

Most of the students did not know their admission to the school was due to a bribe, authorities said.

How the scam worked

The children’s parents would allegedly pay a specified amount of money fully aware it would be used to gain college admission. The money would then go toward an SAT or ACT administrator or a college athletic coach who would fake a profile for the prospective student — regardless of their athletic ability, according to the charging documents.

“There can be no separate college admission system for the wealthy and there will not be a separate criminal justice system either,” Lelling said. “We’re not talking about donating a building so a school is more likely to take your son or daughter, we’re talking about deception or fraud.”

On a call with one parent, prosecutors said, Singer described the business simply: “What we do is help the wealthiest families in the US get their kids into school… my families want a guarantee.”

Singer would help his clients’ children by having another individual take SAT or ACT tests on behalf of the students, officials said. Parents would allegedly pay up to $75,000 for each test and wire money to “charitable accounts.”

Among the college coaches involved in the alleged scheme was Rudy Meredith, the former head women’s soccer coach at Yale, and John Vandemoer, the sailing coach at Stanford University.

For one applicant, Meredith — who resigned from his position in November — created a fake athletic profile and said the person was a recruit for the Yale women’s soccer team even though the applicant “did not play competitive soccer.”

Singer gave Meredith $400,000 after the student was admitted to Yale, court documents stated.

A Georgetown tennis coach received bribe money between 2012 and 2018 from Singer that amounted to more than $2.7 million, according to the documents.

“In exchange for the bribes, the Georgetown coach designated approximately 12 applicants as recruits for the Georgetown tennis team, including some who did not play tennis competitively, thereby facilitating their admission to the university,” documents read.

Huffman and her husband allegedly helped their daughter with her college admission by making a “purported charitable contribution of $15,000…to participate in the college entrance exam cheating scheme,” the documents said. “Huffman later made arrangements to pursue the scheme a second time, for her younger daughter, before deciding not to do so.”

The court documents also stated that “[Loughlin] agreed to pay bribes totaling $500,000 in exchange for having their two daughters designated as recruits to the USC crew team — despite the fact that they did not participate in crew — thereby facilitating their admission to USC.”

A sad detail in the materials released today: “In many instances, the students taking the exams were unaware that their parents had arranged for this cheating.”

Even sadder may be the fact that more deserving students were excluded from these colleges because of the fake student profiles.