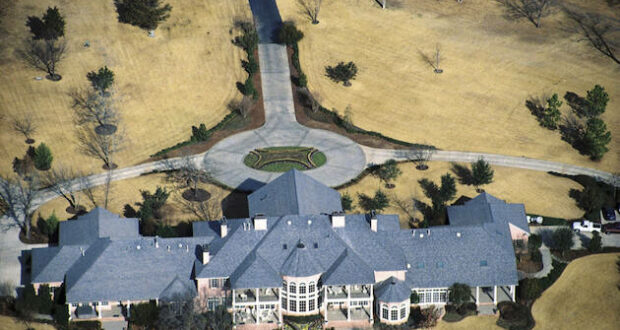 Evangelist Kenneth Copeland does not have to pay taxes on his $7 million Texas mansion because of a loophole in the state’s tax code. Copeland’s 18,000-square-foot home, which he built in 1999 and labeled a parsonage for his church, Eagle Mountain International. That designation makes it exempt from taxation under Texas Tax Code Sec. 11.20.

Jeff Law, Tarrant County’s chief appraiser, told the “Houston Chronicle” that although the law considers Copeland’s Tarrant County mansion a parsonage “just like the little house next to the church,” it “definitely looks out of place and unusual compared to other parsonages we have.”

Under state law, Texas parsonages qualify for a tax exemption as long as they are on only one acre or less of land. Although Copeland’s house fulfills that requirement, he also owns 24 more acres of lakefront property, for which he only pays $3,000 in annual property taxes.

Copeland, 85,  is considered America’s wealthiest pastor, with a reported net worth of $750 million, “Ministry Watch” reported. In a 2015 sermon, he said God told him to build the six-bedroom home in 1999 for his wife, Gloria. Copeland said God told him it was “part of your prosperity.”

In a 2019 interview with Inside Edition, Copeland addressed his wealth and told reporter Lisa Guerrero that some of the money comes from natural gas reserves on his property. He also contended that his wealth has allowed his ministry to bring “over 122 million people to the Lord Jesus Christ.”

In a later interview, Copeland defended owning three private jets to help him travel for his ministry. “If I flew commercial, I’d have to stop 65 percent of what I’m doing,” he said.