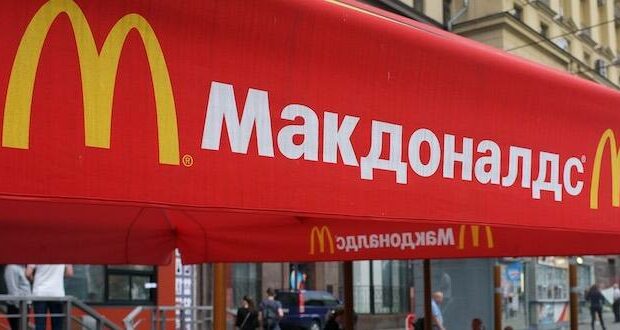 As Ukrainian and European officials discover more atrocities committed against civilians, McDonald’s said Monday it will sell all of its Russian locations.

The fast food giant led the way in opening up locations in the Soviet Union and today employs over 65,000 people at 850 restaurants in Russia.

The move further isolates Russia which invaded Ukraine on February 24 and continues to target civilians with indiscriminate bombing of cities.

Since Russian forces were forced to retreat from areas around Kyiv and eastern areas of the country, thousands of unmarked graves have been discovered. Forensic teams say most of the civilians were killed by Russian soldiers, including the elderly, children, people in line for food or medicine, people riding bikes, and men, dragged from the streets.

Numerous investigations are underway around war crimes committed by Russian troops with intercepted radio communications revealing troops were instructed to “kill them all,” in relation to dozens of people hiding in a forest outside a small village.

The carnage of Ukrainians slaughtered by Russian troops is so great that other European nations have donated tens of thousands of body bags to humanitarian organizations. Some officials fear that over 100,000 civilians may have died to date.

McDonald’s becomes the latest company to end operations in Russia completely, saying holding on to its business in Russia “is no longer tenable, nor is it consistent with McDonald’s values.”

The Chicago-based company said in early March that it was temporarily closing its stores in Russia but would continue to pay its employees. Without naming a prospective Russian buyer, McDonald’s said Monday that it would seek one to hire its workers and pay them until the sale closes.

CEO Chris Kempczinski said the “dedication and loyalty to McDonald’s” of employees and hundreds of Russian suppliers made it a difficult decision to leave.

It is not known if average Russian citizens understand the extent of the atrocities committed by their government.

The invasion continues to be portrayed in Russian media as a limited “operation” to destroy “Nazis.” With an estimated 25,000 Russian soldiers dead and up to 100,000 injured, media analysts say that the truth is finally reaching average Russians.

Previous: MAYA: The Great Jaguar Rises to open at Union Station
Next: Leader of gang that kidnapped 17 missionaries in Haiti is charged