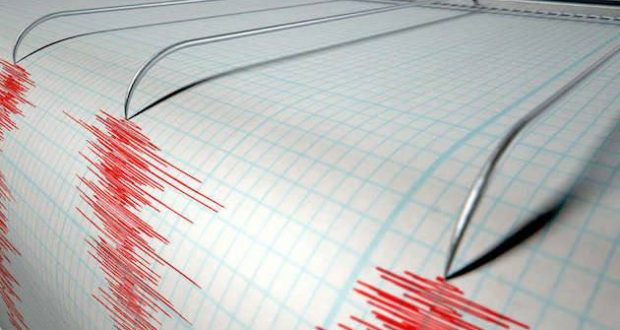 The state has the record of the 9th most powerful earthquake in United States history. The New Madrid earthquake was so powerful that the Mississippi River was reported to have flowed backwards.

More than 492,000 Missourians are taking part in the “ShakeOut”, led by more than 400,000 individuals at elementary, middle and high schools.  There’ll be almost 29,000 participants from colleges and universities and nearly 19,000 at healthcare facilities across the state.

Jeff Briggs is the State Emergency Management Agency (SEMA) Program Manager.  He says the state conducts the drill every year to keep residents aware that the danger exists.  “There is an earthquake risk in Missouri,” said Briggs.  “Because large earthquakes don’t happen frequently here some people don’t know that there’s a risk of it.” 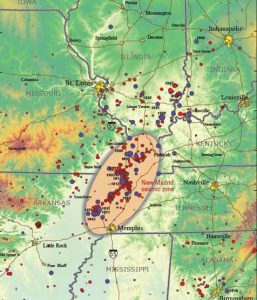 Briggs says the drill is also taking place to alert people about safety procedures because earthquakes strike without any warning such as weather patterns that precede tornadoes and floods.  “If a flood comes, it’s raining, and you see the river rise,” Briggs said.  “With a tornado, you usually get a few minutes of warning on your phone or with a siren.  But in an earthquake, the shaking is going to start and you’re going to have no warning at all.  People need to know what to do in advance.”

“ShakeOut” participants will practice the “Drop, Cover, Hold On” technique during the one-minute drill beginning at 10:18 a.m.  Emergency management experts consider the method the appropriate action to reduce injury and death during earthquakes.

The procedure calls for participants to drop to their hands and knees, cover their heads and necks with their hands or by crawling under a table or desk, and then hold on until the shaking stops.

Missouri is not thought of as a location where major earthquakes take place.  But in 1811 and 1812 the state was rocked by at least three of the largest earthquakes ever to hit the continental United States.  They occurred in the New Madrid Seismic Zone in the southeast part of the state.

According to SEMA, the biggest of those quakes “altered the flow of the Mississippi River, turned rich farmland into fields of sand and destroyed countless structures.”  The agency also claims people on the U.S. East Coast felt shaking, and church bells reportedly rang as far away as South Carolina.

Along with California, an area in Washington State surrounding Seattle and the northern portion of Oklahoma, the New Madrid Seismic Zone is mentioned by the U.S. Geological Survey (USGA) as an area with higher earthquake hazard than other parts of the country.

The agency notes Oklahoma has been subject to induced earthquakes in recent years.  Some of those tremors have been felt in Missouri.  Induced earthquakes are triggered by human activities, with wastewater disposal being the primary cause.

Wastewater from oil and gas operations can be disposed of by injecting it into deep underground wells. Injected fluids cause pressure changes that can weaken a fault and therefore bring it closer to failure. The USGA notes most injection wells do not trigger felt earthquakes, suggesting a combination of many factors.

Oklahoma saw its average of two earthquakes with a magnitude of 2.7 or greater a year spike to about 2,500 in 2014, 4,000 in 2015 and 2,500 in 2016. The USGA says the decline in 2016 may be due in part to injection restrictions implemented by the state. In 2016, Oklahoma experienced, 21 earthquakes with a magnitude greater than 4.0 and three were greater than magnitude 5.0.  Some of those tremors could be felt in portions of Missouri.

Missouri is part of the Central U.S. multi-state region taking part in the “ShakeOut”.  Participation varies widely in the region from 405 participants in Iowa to 520,000 in Tennessee.  The Central U.S. region has the second highest number of participants in the event – 2.85 million.  California dwarfs the rest of the country as it’ll have 9.9 million individuals taking part in Thursday’s drill, representing nearly of the country’s 19.9 million participants.

Previous: Driver of truck that hit church bus killing 13 was high on marijuana
Next: Spared death, kidnapped girl made ‘slave for life’