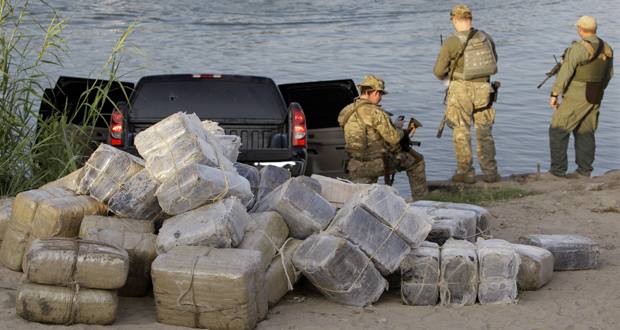 A favorite talking point of those against a border barrier is that most drugs are coming in through legal ports of entry, not open border areas, and therefore a wall won’t stop drugs coming in. But that doesn’t hold up against facts, data, evidence, and reality.

This further highlights the need for a completely closed border and not just 270 miles.

According to a Washington Examiner report, government data for 2018 shows more drugs were seized near open parts of the U.S.-Mexico border than were seized at ports of entry, calling into question a popular Democratic talking point that most drugs come through official border crossings.

U.S. Border Patrol, which works in the unfenced or minimally protected space between crossings, seized nearly 480,000 pounds of drugs on the U.S.-Mexico border in fiscal year 2018.

Drug seizures that occur at ports of entry are documented under Customs and Border Protection’s Office of Field Operations statistics. Its four field offices on the southern border — El Paso, Texas; Laredo, Texas; Tucson, Ariz.; and San Diego — seized 370,000 pounds of drugs in the 2018 fiscal year.

President Trump has touted drug seizures between border crossings as a reason to build a border wall, while Democrats in particular have focused on those taking place at crossing points, saying more wall won’t greatly affect drugs coming into the country.

That talking point now appears to be dead in the water.

Is this where Christians go wrong when trying to change culture?

Previous: Huckabee blames Obama for Russian collusion fiasco, because he “was in charge”
Next: Start here every year: essential tax steps for caregivers