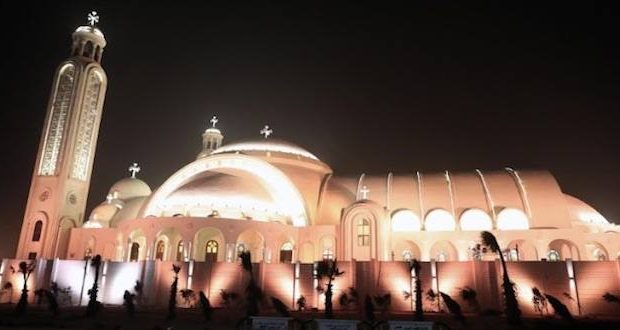 Egypt's largest Coptic Church. The Coptic community in Egypt dates back to the time of the disciples after the resurrection.

Every now and then, good news emerges from an area of the world where attacks of Christians is frequent.  In an incredible act of compassion and unity, a Muslim leader foiled a deadly terrorist attack against a the Middle East’s largest Christian Coptic church – and called on Christians and Muslims to “stand by each other’s side and take care of each other.”

The huge church complex is a gift to the Church from President el-Sisi.  He commissioned the cathedral in 2017 as part of a new capital being built outside of Cairo. He said the new church should be considered “a message of peace and love to the world.”

Local sources told the outlet that Coptic Christians were celebrating their first Christmas in the new facility when a stranger with a suitcase approached the church. Sheikh Saad Askar, the imam of the mosque opposite the church, was conducting services when two of his students noticed the man and alerted him of the potential threat. 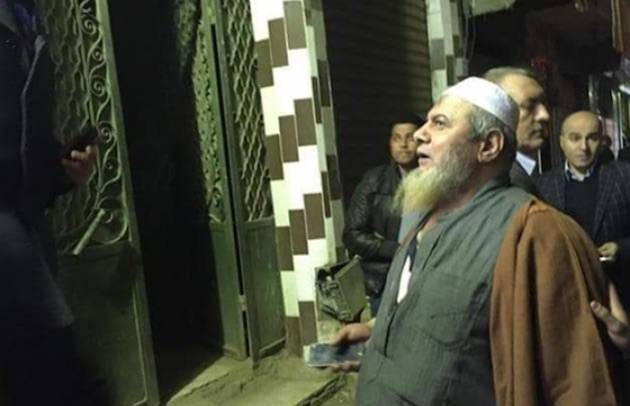 Sheikh Saad Askar shouted warnings to Christians after two Al-Azhar students noticed the possible attacker. The imam calls on Christians and Muslims to “stand by each other’s side and take care of each other. Those who target places of worship have no religion and are neither Muslim nor Christian”

Together with mosque worker Gouda Shaaban Khalifa, 63, Askar ran after the man, but he fled the scene, leaving behind a trolley case. A video posted on social media shows the sheikh warning people in the church to quickly get away.

The police found three explosive devices inside the suitcase. Major Mostafa Ebeid al-Azhari, from the bomb squad at the Cairo Security Directorate, defused two bombs before the third one exploded, killing him, the BBC reports.

Visiting the church afterward, Imam Askar said: “We have to stand by each other’s side and take care of each other. Those who target places of worship have no religion and are neither Muslim nor Christian.”

WHO ARE THE COPTIC CHRISTIANS?

Coptic Christians, whose faith dates back to about AD50, make up approximately 5 to 10 percent of the Egyptian population. In recent years, the group has faced brutal terror attacks on churches and their communities, with the Islamic State terror group spreading its influence into Egypt. More than 100 Coptic Christians have been killed in attacks by jihadists since 2016.

Some Christian leaders in Egypt have said that despite the persecution they face, followers of Christ are winning new converts in the Islamic country.

“The mood is very, very good amongst Christians who are living in Egypt. Not because the situation is good or bad – that is not the reason. We have two kinds of news – earthly news, which is very ugly, very discouraging and I think in the West, you get only the earthly news – a bombing here or there,” Rev. Sameh Hanna, associate pastor at the Evangelical Church in Cairo, told Premier in April.

WATCH THE OPENING OF THE LARGEST COPTIC CHURCH

“But there is heavenly news. We know what is going on spiritually. We see things that not everybody is seeing. We see things you are not hearing. We see the multitude coming to the knowledge of Christ from every background, so this brings joy to us.”

In a Christmas message delivered to the Coptic Church, Pope Francis praised Christians for their faithfulness despite ongoing persecution, saying “you have some martyrs who give strength to your faith. Thank you for your example.”

“I offer a special greeting to my very dear brother His Holiness Pope Tawadros II and to the dear Coptic Orthodox Church, which is known to give a true witness of faith and charity even in very difficult times,” Pope Francis said.

“May the worship of God in the highest heaven ever be welcomed in the new cathedral, and may blessings and peace descend upon all people, whom God loves,” he added.