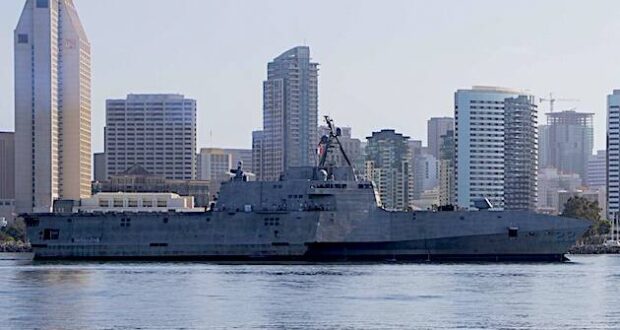 Kansas City will once again be the name of a US Navy vessel. The next ship to be commissioned and carry the Kansas City moniker arrived at its homeport in San Diego, May 24.

The future USS Kansas City (LCS 22) arrived for the first time at Naval Base San Diego, where the Navy will commission the Independence-variant littoral combat ship (LCS) June 20. 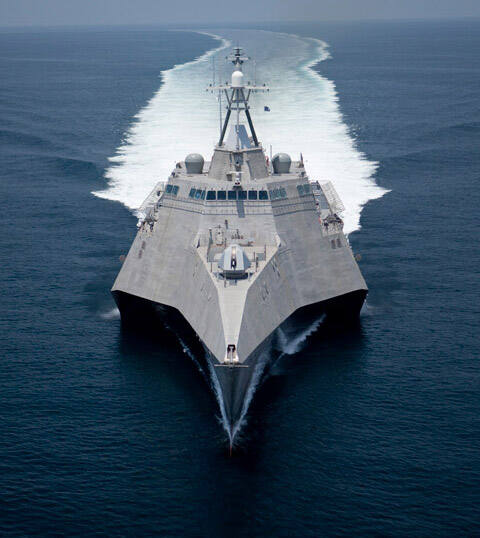 The ship is an Independence-class littoral combat ship of the United States Navy. She is the second ship to be named for Kansas City, the largest city in the U.S. state of Missouri. Total price tag for the project was $4.5 billion.

The vessel was built in Mobile, Alabama by Austal USA. The ship was christened on September 22nd, 2018 in Mobile and she was launched October 19th, 2018 into the Mobile River.

Get a close-up look in this video:

“I am extremely proud of all the hard work the crew has done to complete the sail around and prepare us to officially join the fleet on commissioning day,” said Cmdr. RJ Zamberlan, Kansas City’s commanding officer. “We are honored and excited to represent the Navy, the nation, and our namesake, as well as fulfill the ship’s motto, ‘United We Stand, Divided We Fall.’”

Here are her specifications:

The ship’s website states that it is “a fast, maneuverable and networked surface combatant, the Independence variant LCS provides the warfighting capabilities and operational flexibility to accomplish multiple, critical missions including mine warfare, anti-submarine warfare and surface warfare with inherent capabilities that also support missions such as special operations and maritime interdiction.”

Kansas City’s other navy ship was the USS Kansas City (AOR-3). It was a replenishment oiler in service from 1970 to 1994 when it was scrapped under the Clinton administration.

Just before the end of World War II, construction began on a heavy cruiser which was also to be commissioned as the USS Kansas City. The project was scrapped at the war’s end.

As for St. Louis, there are plans to build the USS St. Louis (LCS-19), a Freedom-class littoral combat ship. She would be the seventh ship in naval service named after that city.