One vote, one baby saved?

A reader commented on this page that the choice for Christians is to sit this election out and force the GOP to provide candidates we can support. Here is my response:

You’ve probably read about the “missing Evangelicals” in the 2012 election. These are the four million evangelical voters who, while Romney may have been one of the best candidates in terms of personal character, could not bring themselves to vote for a Mormon. So, they sat the election out and did not show up at the polls as a protest vote against a GOP candidate who did not share their beliefs.

Even though he was likely the most ethical candidate in that election cycle. The result was what? The net effect was four more years of policies antithetical to Christian values. Their protest had no consequential effect on the candidates that ran in 2016. Apparently no one got the message.

We cannot fool ourselves to believe that the media would not treat ANY candidate other than Trump any better. If Jesus were to return and run for president I have no doubt that the biased media would be running investigative stories on his association with tax collectors and whores, His God-complex, spitting in dirt and rubbing it in the eyes of the sick and to top it off, he was a vagrant–moving from home to home because he had no permanent address all while in the company of a band of jobless misfit supporters including a former prostitute. The point being there is NO conservative candidate that the media will ever support over a liberal pro-abortion Democrat candidate.

The Wikileaks prove just how ‘In” for Hillary Clinton the news media is. When the NY Times gives Clinton veto power over quotes in a political story, when the Boston Globe works with her campaign to give her the highest “visibility” possible in the paper and when CNN forwards her the questions to be used in a town hall debate with Bernie Sanders, there is no longer freedom of the press. The press has been merged with the political apparatchik.The American press has become the mirror of Russia’s Pravda– a pseudo independent press that totally supports the regime and establishment. The American press is wholly in the corner of one political party and regardless of who Evangelicals “want” to run for president, that candidate will always be attacked in vicious ways.

For me the issue has to be the life issue. I have nothing to lose in this election by supporting Trump. If there is the slimmest chance that one late-term abortion can be prevented then I will support him. While I have nothing to lose, my conscience tells me that unborn children have everything to lose. They will continue to die while we wait for the perfect candidate, unblemished by past deeds or politics, to come along and bow to our grandiose and self-righteous expectations. How many unborn children must be aborted before we feel we have “made our point” and sent a message by sitting out an election or voting for a third party candidate that ensures the election of a pro-abortion president? Is it 10,000? 1,000? 100? 10? How about just one baby?

My conscience tells me I have no other choice but to take that chance on an imperfect candidate if I can save just the one baby.

2016-10-29
Dwight
Previous: Tony Perkins: ‘This Is Not a Time to Stand on the Sidelines’
Next: Kirk Cameron, Love Worth Fighting For tour coming to Kansas City 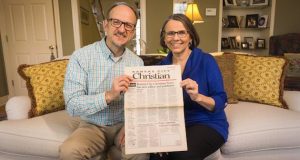 Great memories prepare Anita and me for what’s next 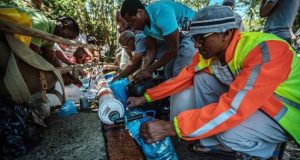 Dwight Widaman: Can you believe the headlines? 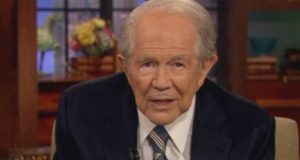 My thoughts on Pat Robertson’s stroke this weekend 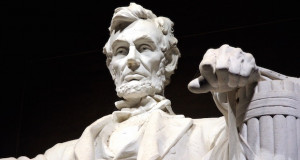 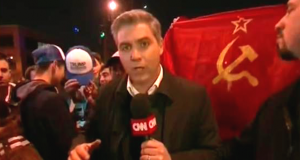 Election protesters on wrong side of reality