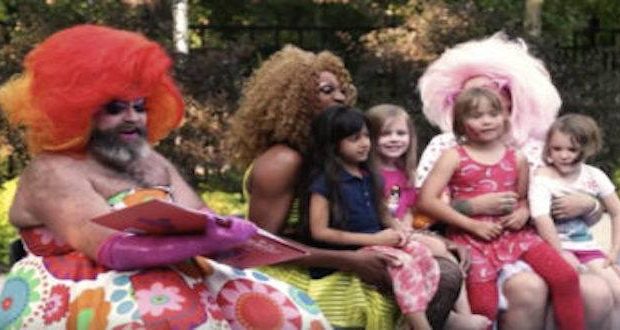 Drag queens and others in the LGBT community plan to protest a Missouri bill that would restrict so-called drag queen story hours in Missouri libraries. Their rally is scheduled for early March.

The bill is partly a response to the spread of drag queen story hour events, where books are read and play-acted to children. These events are intensely controversial. According to news stories, many of the story hours have exposed children to sexually-charged performances as well as drag queens who range from x-rated performers in their day jobs to convicted pedophiles and prostitutes.

House Bill 2044, the Parental Oversight of Public Libraries Act, requires any library that receives taxpayer dollars to create a review board, composed of five parents elected from the community, with final authority over the permissibility of sexual material.

These boards would be empowered to hold public hearings and render verdicts on public concerns about the library’s offering of “age-inappropriate sexual material,” meaning “any description or representation, in any form, of nudity, sexuality, sexual conduct, sexual excitement or sadomasochistic abuse” that is deemed “patently offensive” and without “serious literary, artistic, political, or scientific value for minors.”

“Any public library personnel who willfully neglect or refuse to perform any duty imposed on a public library under this section, or who willfully violates any provision of this section, is guilty of a misdemeanor and on conviction shall be punished by a fine of not more than five hundred dollars or by imprisonment in the county jail not to exceed one year,” the bill says.

“Just knowing that there are children being exposed to the agenda being pushed by the LGBTQ community is alarming, but even more so when the vehicle in these situations is our taxpayer funded public libraries,” Baker said.

But drag queen story time supporters say the drag queens are not nude and the bill goes too far.

“Even on a cruise ship, a standup comedian does one show at 9 p.m. that’s accessible for everyone,” Tanner Rambo, an organizer of the rally, told Missourinet. “And then he or she does another show at midnight that’s only allowed to 18 and up. If you’re going to a nightclub in the middle of the night to see a show, chances are it’s adult-only content. Any kind of comment that these story hours are somehow involving nudity or in any way comparable to strippers, is just completely erroneous.”

In August 2019, LifeSiteNews and Personhood Alliance started an online petition asking the American Library Association (ALA) to stop promoting the story hours. The effort it gathered nearly 100,000 signatures. The ALA doubled down by affirming its support for the self-labeled “queer” events, stating that it “strongly opposes any effort to limit access to information, ideas and programmes that patrons wish to explore”. The association also reinforced its “commitment to combating marginalisation and underrepresentation” vowing to elevate drag queen story times for children at libraries across the nation.

“I think it is a ridiculous accusation to say that the bill would ban books or censor literature,” Baker responded. “Anything the parental oversight board would deem to be inappropriate for access by minors would still be available to adults to check out and provide to their children if they chose to do so. They already have internet filters on library PCs for the same reason, and that is protecting children from objectionable materials.”

Previous: Five things to know about Chiefs owner Clark Hunt
Next: ‘The Repair Shop’ one of 5 Family Things not to miss this month