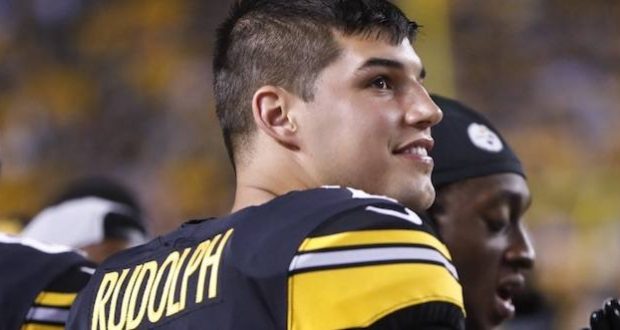 If the Pittsburgh Steelers are to make the playoffs this season, they will need to put their faith in a higher power than the 11 men on the field. Fortunately, their top two quarterbacks both openly share their faith in God.

Longtime starter Ben Roethlisberger learned that he will have season-ending knee surgery after being injured in a game against the Seattle Seahawks on Sept. 15.

“This is shocking and heartbreaking for me, to miss this much of a season and feel like I am letting down so many people,” Roethlisberger wrote in a statement. “I can only trust God’s plan, but I am completely determined to battle through this challenge and come back stronger than ever next season.”

The next man up at quarterback, Mason Rudolph from Oklahoma State, shares that faith. He won the 2017 Johnny Unitas Golden Arm Award as the top college senior quarterback who “encapsulates all that is positive in college sports”. Rudolph also was featured on the cover of the Fellowship of Christian Athletes’ magazine.

“It seems like during the season you just naturally become more emotional and closer to God, because you’re thinking about him, you’re more anxious, you’re more nervous,” he said in the story. ”You have to turn to him with those nerves and emotions and just lean on him and trust that he’s going to protect you and keep you safe.”

Rudolph explained in the magazine that his relationship with Jesus Christ keep him going both on and off the field.

“Christ is at the center of it,” he said. “It’s Christ who will always be there for you; he’s your foundation. So just getting in the word and leaning on a few of my life verses throughout the week, as well as constant communication with my parents and grandparents — that’s my secret to success. I passionately pursue Christ, because I want to be a witness for him and use this platform to impact our community.”

Roethlisberger is committed to helping Rudolph succeed as he recovers from his injury.

“The Steelers committed three years to me this offseason, and I fully intend to honor my contract and reward them with championship-level play,” he said. “I will do all I can to support Mason and the team this season to help win games. I love this game, my teammates, the Steelers organization and fans, and I feel in my heart I have a lot left to give.”