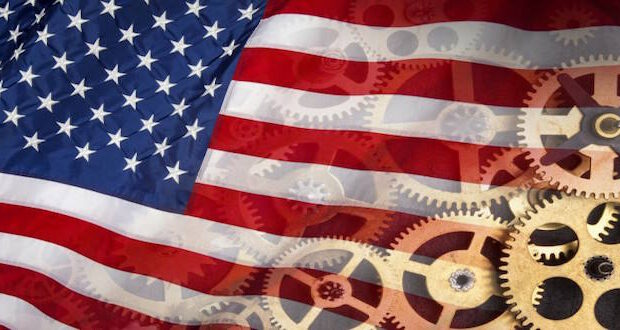 Americans are ready to get their lives back to normal and the White House on Thursday outlined a 3-phase plan to make that happen. The pan will rely on governors to reopen their states according to conditions on the ground, rather than an over-reaching mandate from Washington.

“Our team of experts agree we can start the next front in our war, which we are calling ‘Opening Up America Again.’ And that is what we are doing, opening up our country,” he said. “We have to do that.”

Trump said the decisions are based on latest data.

“Our experts say the curve has flattened and the peak in new cases is behind us,” the president said. “Nationwide, more than 850 counties — or nearly 30 percent — have reported no new case in the last 7 days.”

The new guidelines are aimed at clearing the way for an easing of restrictions in areas with a low transmission rate of the coronavirus, while keeping them in place in harder-hit locations.

Places with declining infections and strong testing would begin a 3-phase gradual reopening of businesses and schools, with each phase lasting at least 14 days, meant to ensure that the virus outbreak doesn’t accelerate again.

VIDEO: Watch the press conference on opening the economy

To begin to open in phases, a state must meet some criteria, said Dr. Deborah Birx, the White House pandemic response coordinator.

The state must have decreased reports of influenza-like illnesses and COVID-like cases within a 14-day period, decreasing documented cases, and hospitals must be able to treat all patients with issues.

The encouraging news is that the majority of states in the US already meet those requirements as the vast majority of cases are in just 7 states across the country–primarily on the west, east and southern coasts, and the great lakes region.

Trump said the final decision is in the hands of governors, as every state is different.

“Governors will be empowered to tailor an approach that needs the diverse circumstances of their own states,” he said. “If they need to remain closed, we will allow them to do that and if they believe it is time to reopen, we will provide them the freedom and guidance to accomplish that task and very quickly, depending on what they want to do. We are also encouraging states to work together to harmonize their regional efforts.”

According to the guidelines, large venues including sit-down dining, movie theaters, sporting venues, and place of worship can operate under strict physical distancing protocols during phase one.

Elective surgeries and gyms also get a green light to resume or reopen with mitigation policies at hand.

However, bars are not suggested to open during this phase.

During phase two, gatherings of over 50 people should be avoided unless practical social distancing measures are taken, and non-essential travel for individuals and employers can resume.

Schools and organized youth activities, including daycares and camps, can reopen.

The guidelines place the highest restrictions on vulnerable individuals, which include elderly people and those with underlying health issues.

The coronavirus, which emerged from Wuhan, China, and causes the disease COVID-19, has caused at least 142,148 deaths globally and infected over 2.1 million people as of Wednesday afternoon, according to data collected by Johns Hopkins University. The numbers are considered inaccurate by many because of a lag in data collection by governments as well as significant underreporting of known cases and deaths by mainland China.

There are over 654,000 confirmed cases and 31,628 deaths in the United States, the data shows. It is believed China actually has millions of cases with deaths possibly reaching into the millions. The communist nation is now beginning an effort to deny investigators access to finding, not only the origins of the disease, but the true death toll.

Ohio Gov. Mike DeWine said on Thursday that business in the midwestern state can start to reopen on May 1 under the 3-phase plan.

“We’re looking to begin this process on May 1,” DeWine, a Republican, said. “We will start with companies that can demonstrate that they can do these things. … We’ll do this with companies where we’ve been able to put together the guidelines and companies that we think can start back down this road.”

Other states, including New York, Connecticut, and Virginia, have chosen to extend the shutdowns.

Kansas Democrat Gov. Laura Kelly has extended her state’s shutdown until May 1 even though it has one of the lowest infection rates in the nation and a low death count. Her order, says Republicans, is destroying what had been one of the strongest economies in the nation and is out-of-step with the true threat of the virus in the state.

To see the 18-page pdf of the government guidelines for reopening the economy, click here.

For a condensed 3-page pdf to print out, click here.

Previous: Armchair travel: Check out these videos to satisfy your summer wanderlust
Next: Museum wants to make COVID-19 part of local history exhibit