Home / News / Rocket explodes near US Embassy in Iraq 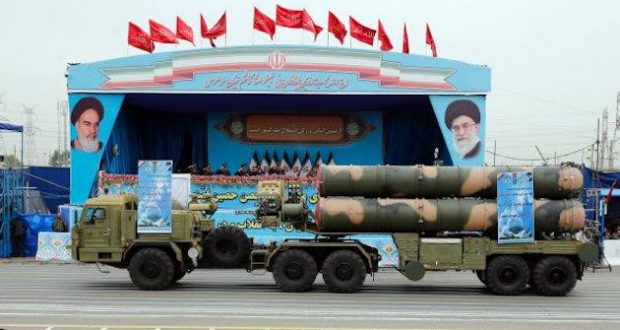 Rocket explodes near US Embassy in Iraq

As Iran ratchets up threats against the United States, a rocket was fired into Iraqi capital Baghdad’s heavily fortified Green Zone, exploding near the U.S. Embassy overnight. There were no casualties according to the Iraqi military.

The attack came two weeks after U.S. Secretary of State Mike Pompeo warned Iraqi leaders during a surprise visit to Baghdad that if they failed to keep in check Iran-backed militias, which are expanding their power in Iraq and now form part of its security apparatus, the United States would respond with force.

A U.S. State Department official noted that there had so far been no claim of responsibility, and that no U.S.-inhabited facility was impacted.

“But, we take this incident very seriously,” the official said. “We will hold Iran responsible if any such attacks are conducted by its proxy militia forces or elements of such forces, and will respond to Iran accordingly.”

The Iraq military said the Katyusha rocket fell in the middle of the Green Zone, near the Monument of the Unknown Soldier.

The monument lies in open ground about a third of a mile north of the sprawling, riverside U.S. Embassy compound. The blast was heard across central Baghdad, according to Reuters witnesses and residents.

The embassy in Baghdad and U.S. consulate in the Iraqi Kurdish regional capital Erbil has already evacuated non-emergency staff.

Iran’s Iraqi allies rushed to condemn the attack and stressed that a war between Tehran and Washington would be bad for Baghdad and the whole region.

Militia leader and politician Hadi al-Ameri, whose electoral block holds the second largest number of seats in Iraq’s parliament, urged Iraqis in a statement overnight “not to be the fire that fuels this war” that would “burn everyone.”

His sentiment was echoed by Qais al-Khazali, another prominent Iran-backed militia leader, who tweeted that a war would be neither in Washington’s nor in Tehran’s interests.

Tensions between Washington and its Gulf Arab allies on one side and Tehran and its proxies in the region on the other, have been flaring for weeks.

On Sunday, President Donald Trump tweeted: “If Iran wants to fight, that will be the official end of Iran. Never threaten the United States again!”

Trump has tightened economic sanctions against Iran, and his administration says it has built up the U.S. military presence in the region.

Two days earlier, four vessels, including two Saudi oil tankers, were sabotaged off the coast of the United Arab Emirates.

Both Iran and the United States have said they do not want war.