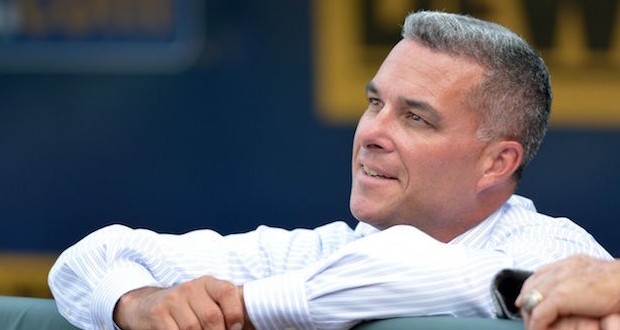 The Kansas City Royals are having a tough season on the baseball field as they rebuild from their championship season of 2015. General Manager Dayton Moore believes they will regain their winning form sooner rather than later, and more importantly, that they already are winning where it matters most.

“As I have said many times, what we do is bigger than baseball,” he said. “I can’t say that was always my particular passion, because being raised in the game, baseball often was my god. It was how I found my identity. I’ve learned through mentors in my life, through studying the scripture, through prayer, through events in my life, through circumstances where God was pursuing me and put challenges in my life that made me grow closer to him. I’m thankful for that.”

Moore made his remarks to a group of local Christian leaders at a lunch promoting the team’s annual Faith & Family Day on July 7 (Metrovoicenews.com is a sponsor).

The Royals’ current struggles are common to any team coming off a World Series run, especially those in small markets with limited financial resources. Promising young talent in Class A and a strong amateur draft point to better days ahead.

Fans can take pride in back-to-back World Series and leading the American League in the number of All-Star players and Gold Glove winners in recent years, he said. Just as he did after first taking over a moribund franchise, Moore expects to build a winning team with high character.

“The way are going to do it is the way we’ve always done it,” he said. “We’re going to care more than anyone else, with simple kindness and concern for others. We’re going to execute the fundamentals of life in a relentless way. We will come alongside our genetically gifted athletes and help them make the proper choices off the field to free them up for what we do on the field.”

One example came during year’s spring training, when the Royals were the first major league team to educate players about the snare of pornography.

“I have had a lot of attacks in recent months as we as an organization have stood up against pornography and the harmful effects it has on relationships,” Moore said. “When we address issues like pornography, it’s a game-changer for young people. We’re not going to run away from it. Our players will become men faster than baseball society says they ought to be. The quicker they become men, the more consistently they are going to perform over 162 games.”

This stance has made Moore a lightning rod for criticism.

“It’s not easy,” he said. “I often have felt during this period of time, does it really make sense to stand up for these types of things that people are dealing with, or does it make sense to just lead a baseball team and put talent together and evaluate players and figure out strategy to win games? I go down that trail and say, `you know what? Maybe that’s just what I need to do’. We all go through our daily activities – I know I do – and constantly wonder, `is what I am doing really worth it?'”

That question was answered early in the season when a family contacted Moore about the death of their son. They believe he had accepted Christ at a previous Faith & Family Day.

This event underscored for Moore that the team is on track to win at the things that matter most.

“I get this haunting feeling of unrest that feels like a 10- or 15-game losing streak whenever I decide to push the confrontational issues aside and not deal with what I know our young people are dealing with,” he said. “And so when you decide you are going to lead and be part of change and accept that paycheck on the 15th and 30th, as a leader you have an obligation to ensure you are leading in the right way and confronting the things that are truly leaving an unhealthy impact on players.”

The end result is seen in the lives of men who will make a positive impact long after their playing days are over.

“What I know about the major leagues is that it is a breeding ground for insecurity,” he Moore said. “The players are dealing with so many different things. So it is our job, our opportunity as a general manger, to make sure that we are confronting the issues that players are dealing with and helping grow them as brothers and sons, and to become husbands and fathers. That’s ultimately what we are trying to do.”

Faith & Family Day, which will follow the 6:15 game against the Boston Red Sox, features a concert by Michael W. Smith. For more information or to order tickets, visit www.royals.com. 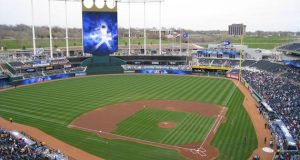 Faith, Family and baseball can bring people towards Christ 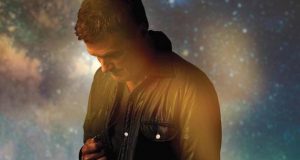 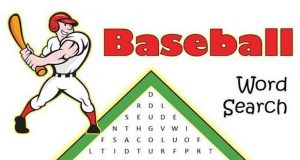 Try your skill with our Baseball Word Search Puzzle