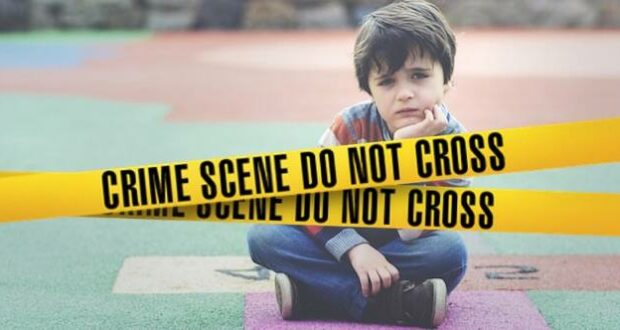 A month-long investigation of three eighth-graders who used biologically correct pronouns has ended. They were accused of “mispronouning.”

The boys had been charged by a Wisconsin school district of harassment for not using another child’s “preferred” pronouns.

The public school district made national headlines after it opened a federal Title IX investigation against the kids for using “incorrect pronouns” on a classmate, who earlier this year declared a preference for “they” and “them” pronouns. The district’s reasoning is that once a student informs others of new preferred pronouns, any subsequent “mispronouning” will constitute sexual harassment under Title IX.

“Over the last several weeks, our school district and community have been greatly impacted by media attention related to a complaint involving harassment,” Kiel Area School District said in a message (pdf) that described the media attention as threats.

The district was accused of focusing on a woke agenda of the left rather than their primary duty – to educate children.

As part of the effort to resolve the issue, the district said it had “issued clear directives and expectations to all students involved in this matter for the purpose of preventing bullying and harassment and ensuring a safe and supportive learning environment for all of our students.”

“Based on these actions, and pursuant to District policies and procedures, the School District considers this matter closed,” the message read.

Under the district’s policies, students must ignore 1,000 years of correct English: 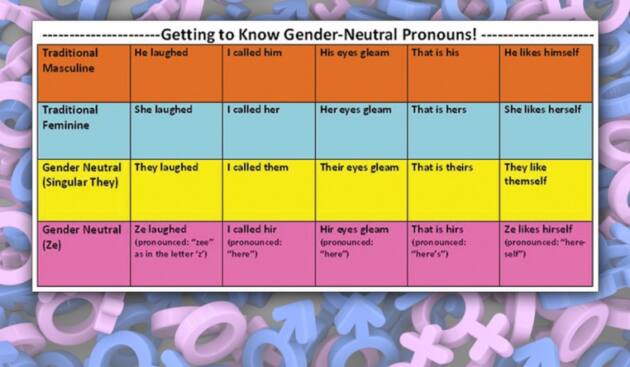 The district could not present any evidence the three boys acted in a bullying manner. They were, according to lawyers and parents, using the correct pronouns.

Title IX is the federal law that bans sex-based discrimination in education programs that receive federal funding. It is typically invoked in cases involving allegations of sexual misconduct such as rape, stalking, inappropriate touching, not middle schoolers confused by changing pronoun requirements.

The boys and their families are represented by Milwaukee-based conservative legal group Wisconsin Institute for Law & Liberty (WILL), which argued that what has been alleged against the trio doesn’t come remotely close to a Title IX violation.

“The use of biologically correct pronouns is not sexual harassment under Title IX, and is also speech protected by the First Amendment,” WILL wrote in a letter (pdf) to the district. “We do not believe that any part of Title IX applies here.”

Rose Rabidoux, a parent of one of the accused boys, told ABC 2 News that the non-binary they/them pronoun preference confused her son.

“It’s plural. It doesn’t make sense to him. I said so, I told him to call them by their names.” Rabidoux said.

The district has not guaranteed the harassment charges will be expunged from the students’ records.

“While we are glad that the District has ended its investigation, this dispute should have never been escalated to this point,” Rabidoux said in a press release. “We expect the Kiel Area School District to ensure that this Title IX complaint is not on my son’s record.”