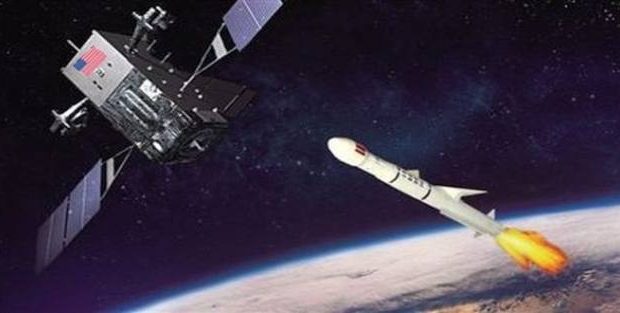 With China and other nations rushing to bring their military power to space, President Donald Trump said on June 18 that he would be directing government departments to create a “Space Force” as the sixth branch of the armed forces.

In the East Room of the White House, Trump said the newest military branch would be “separate, but equal” to the Air Force. Current military wings include the Army, Navy, Marine Corps, Air Force, and Coast Guard.

“We must have American dominance in space,” Trump said Monday afternoon during a meeting with the National Space Council. “Very importantly, I’m hereby directing the Department of Defense and Pentagon to immediately begin the process necessary to establish the Space Force as the sixth branch of the armed forces. That’s a big step.”

The announcement comes amid Trump’s push to re-establish the United States as a leader in the “final frontier.” The president called on Marine Gen. Joseph Dunford, the chairman of the Joint Chiefs of Staff, to create the new force.

The creation of a military branch that would deal with national space security has been a topic of discussion for many years, although the idea only gained traction after Trump took office. China has made statements that it was working on military weapons that could destroy American satellites. The world’s economy relies on free access to space for everything from weather satellites to phone and GPS satellites that run everything from smart phones to farm harvesting equipment. If any of those satellites were held hostage or destroyed by an enemy, the economy of much of the world would be shaken.

For 30 years, U.S. presidents have been warned about the potential for America’s space interests to be harmed by China and Russia, but President Trump is the first to have acted on those threats with a plan to combat those threats.

Vice President Mike Pence was in attendance, as were members of Congress, industry leaders, astronauts, and others.

No other information was released on the Space Force, such as its proposed budget or a timeline of its implementation.

That same day, Trump signed a new policy directive that furthers safety and security in space, as traffic from commercial and civil parties increases.

It’s the third such policy directive in its class and will help the Department of Defense to focus on protecting U.S. space assets and interests, especially as competition in the space domain continues to ramp up.

The policy aims to reduce the “growing threat” of orbital debris, a common interest for all nations, and will shape policy to pursue and utilize both government and commercial sector technology to track and monitor the debris.

Previous: GRACE FOR TODAY – Life Lessons from a Little One
Next: Today is Juneteenth — a holiday many Americans have never heard of, but need to know about