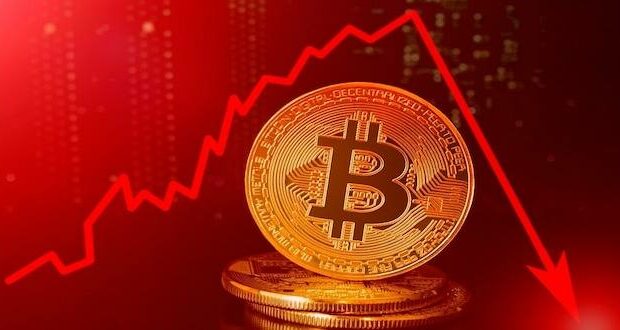 Cryptocurrency experienced a bloodbath on Thursday as digital currency continues its 2022 freefall. Bitcoin crashed to its lowest price in more than a year and other cryptocurrencies endured even more gruesome sell-offs with some having lost 99 percent of their value. It recovered a bit on Friday but the damage is done.

The carnage is not limited to billionaires but has hit the general public who have lost their life savings.  Hit hard are big trading platforms Coinbase and Binance, popular among average investors.

“I lost over 450k usd, I cannot pay the bank,” reads one of the top posts on the Reddit forum for Terra Luna, a cryptocurrency that has lost more than 99% of its value over the past week. “I will lose my home soon. I’ll become homeless. suicide is the only way out for me.”

“My ex-colleague attempted suicide,” reads another top post on the forum. “He basically moved all of his savings to crypto in 2021 and LUNA was a massive player in his portfolio.”

Luna’s spectacular collapse mirrors other cryptocurrencies scraping the bottom. The biggest name, Bitcoin, traded at $28,300 Thursday afternoon, down 20% in just a week and down nearly 60% from its all-time high of $69,000 in November 2021. Other major cryptocurrencies including solana and ethereum are now worth fractions of their all-time highs.

Shares of Coinbase, the only major publicly traded cryptocurrency exchange, have fallen 84% since the company went public in April 2021.

The entire cryptocurrency market now has a market capitalization of $1.2 trillion — less than half of the $2.9 trillion it was worth in November, according to CoinMarketCap data.

“There’s a lot of folks out there who have taken some real bruises.” said Garrick Hileman, research chief at Blockchain.com. “In crypto, the strong tokens survive and the weak get flushed.”

The ongoing rout gives fuel to detractors who have long argued that the decentralized digital currencies were a frothy fad fueled by low-interest rates and pandemic-era stimulus checks.

Munger recently referred to cryptocurrencies as a “venereal disease” that he was “proud” to have avoided. Berkshire Hathaway shares are up 5.6% over the past six months, while bitcoin is down 56%.

The crypto crash comes as the Federal Reserve hikes interest rates in an effort to cool inflation, sending high-risk tech stocks into a tailspin. The tech-heavy Nasdaq composite index is down 30% so far this year and has been heavily correlated with the price of bitcoin in recent weeks, according to Refinitiv data.

Investors who poured their money into buzzy tech stocks have taken a beating alongside crypto fanatics.