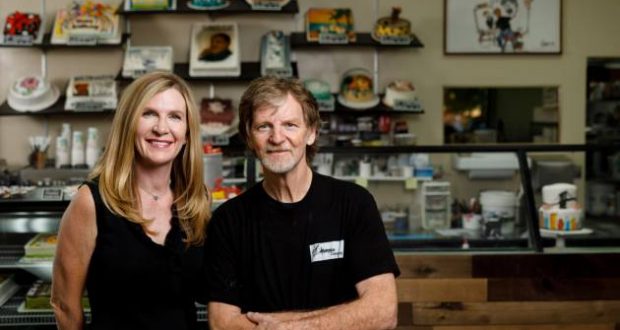 In a ruling in favor of religious rights and personal conscience, the Supreme Court on Monday ruled 7-2 in favor of a Christian baker in its high-profile wedding cake case, deciding the state of Colorado failed to respect the baker’s religious exercise rights.

“The Colorado Civil Rights Commission’s consideration of this case was inconsistent with the state’s obligation of religious neutrality. The reason and motive for the baker’s refusal were based on his sincere religious beliefs and convictions,” Justice Anthony Kennedy wrote in the majority opinion.

Kristen Waggoner, who argued on behalf of the baker before the Supreme Court, said in a press call that the ruling highlights the need for tolerance and respect.

“The court’s decision today makes very clear that the government must respect Jack Phillips’ beliefs about marriage,” said Waggoner, senior vice president of the U.S. legal division for Alliance Defending Freedom. The justices “held that religious hostility has no place in our pluralistic society.”

The ruling, which was narrow in scope, focuses on the actions of the Colorado Civil Rights Commission rather than the larger question of whether religious objectors to same-sex marriage should be exempted from LGBT nondiscrimination laws.

“Colorado can treat a baker who discriminates based on sexual orientation differently from a baker who does not discriminate on that or any other prohibited ground. But only, as the court rightly says, if the state’s decisions are not infected by religious hostility or bias,” wrote Justice Elena Kagan in her concurring opinion, which was joined by Justice Stephen Breyer.

“I see no reason why the comments of one or two commissioners should be taken to overcome Phillips’ refusal to sell a wedding cake” to the gay couple, Ginsburg wrote.

Charlie Craig and David Mullins, the couple who has asked Phillips to make them their wedding cake, said in a statement that they’re prepared to continue their fight against religious service refusals.

“Today’s decision means our fight against discrimination and unfair treatment will continue. We have always believed that in America, you should not be turned away from a business open to the public because of who you are. We brought this case because no one should have to face the shame, embarrassment and humiliation of being told ‘we don’t serve your kind here’ that we faced, and we will continue fighting until no one does,” they said.

The Masterpiece Cakeshop case originated in July 2012, when Mullins and Craig visited Masterpiece Cakeshop with Craig’s mother, Debbie Munn. The group met with baker and store owner Jack Phillips about ordering cake for an upcoming celebration of their marriage. Phillips said his Christian faith prevented him for providing a cake for a same-sex wedding.

Mullins and Craig filed a complaint with the Colorado Civil Rights Commission, because Colorado law prevents discrimination based on sexual orientation. An administrative law judge, the commission and the Colorado Court of Appeals ruled in the couple’s favor, so Phillips appealed to the U.S. Supreme Court.

The Masterpiece Cakeshop case was closely followed by faith groups, small-business owners, legal scholars and LGBT rights advocates, who all have a stake in efforts to balance religious freedom and nondiscrimination protections.

For the baker’s supporters, the case was about finding a way to respect conflicting beliefs about marriage. For those rallying behind Craig and Mullins, it was about ensuring fair treatment for the LGBT community.