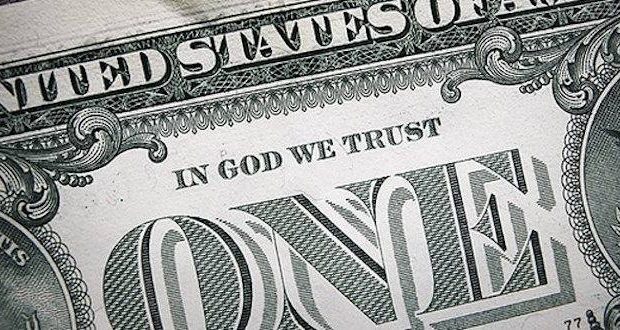 Supreme Court upholds ‘In God We Trust’ on currency

The motto “In God We Trust” will remain on U.S. currency after the Supreme Court has rejected this week, a legal attempt by atheists to remove it.

Atheist Michael Newdow, arguing on behalf of a group of atheists, said the motto is a government endorsement of religion and violates the First Amendment.

He previously challenged reciting the Pledge of Allegiance in schools, had set his sights on money, but lost at the district, circuit and now Supreme Court levels.

On behalf of a group of atheists, Mr. Newdow argued America’s money lacked a reference to God until 1864, when it was added in. He said that amounted to an endorsement of religion.

“By mandating the inscription of facially religious text … on every coin and currency bill, defendants have turned petitioners — among whom are nine children — into ‘political outsiders’ on the basis of their most fundamental religious tenet,” he argued in his petition to the Supreme Court.

The high court dismissed his case Monday without comment. An earlier lower court had also ruled against his efforts.

Newdow has lost several cases in lower courts, including an attempt to remove “under God” from the Pledge of Allegiance.

The 8th U.S. Circuit Court of Appeals in its ruling last August against Mr. Newdow said the Establishment Clause of the Constitution doesn’t force the government to purge itself from all religious reflection.

“Precluding general references to God would do exactly that,” the federal appeals court ruled.

Mr. Newdow lost a similar challenge in 2014 when the 2nd U.S. Circuit Court of Appeals ruled against a previous effort to strip the motto from currency. Four other appeals courts, dealing with the issue before, also have upheld the motto’s place on American money.

The activist has also launched a series of other legal challenges, attempting to separate religion from the public sphere. Some of his well known battles include trying to halt the Pledge of Allegiance from being said in public school due to the phrase “under God,” and also trying to stop prayers and religious references at the inaugurations of Presidents George W. Bush and Barack Obama.