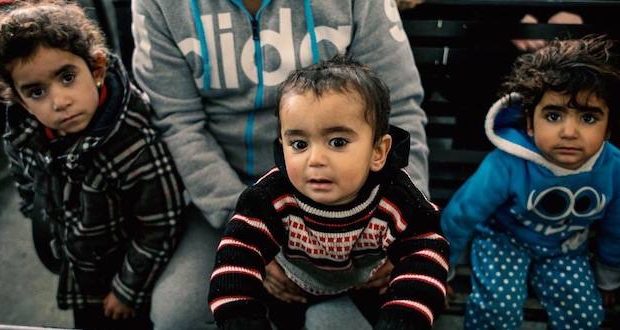 Syrian Christian Children are most at risk from Turkish attacks.

President Donald Trump is expected to intercede on behalf of Syrian Christians pleading for protection.

The US-backed Syriac Military Council (MFS) is calling on the United States to defend thousands of Christians in the Sanes region of northeast Syria against a potential attack from Turkey.

On Wednesday, the council sent out a plea to Christians in the US.

“The Turkish army started to remove the wall between Turkey and Northern Syria in the Tal-Abyad area. Turkey has amassed its forces and its jihadist proxies at that point. It clearly aims to invade Northern Syria,” the council wrote in a press release.

“Turkey aims to kill and destroy us and to finish the genocide against our people. {There} are still more than 100,000 Syriac Christians living in NE – Syria and they will be killed or driven away if Turkey invades.”

ACTION POINT: Readers may call the White House comment line at 202-456-1111 or email the president.

The Syriacs are one of the oldest Christian communities in the world. Many of them died in the fight against ISIS. 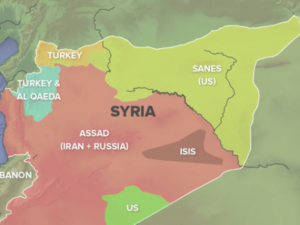 The council warns that churches will be burned and Christians will be killed if there is an attack from Turkey.

“We hope and pray that as we have defended the world against ISIS, the world will not abandon us now. Now is the time for Christian, Western countries, and for Christian churches and believers worldwide, to protect our Christian people in NE Syria from falling victim to brutal war, dictatorship, fascism, and radicalism.”

The US sent a strong warning to Turkey on Wednesday after learning of the Turkish military’s actions on the northern Syrian border.

US officials believe Turkey is planning to retaliate against US allies in the region after the US sanctioned Turkey for buying S-400 missile defense systems from Russia.

“Unilateral action into northeastern Syria by any party, particularly as U.S. personnel may be present or in the vicinity, is of grave concern. We would find any such actions unacceptable,” Pentagon spokesman Navy Cmdr. Sean Robertson said in a statement.

Trump kicked Turkey out from America’s F-35 fighter jet program after Turkey bought weapons from Russia last week. Trump has had a hardline against the Turkish regime and had previously directed Mike Pompeo to ensure the protection of Christian believers under attack by Turkey’s Muslim forces.

“The F-35 cannot coexist with a Russian intelligence collection platform that will be used to learn about its advanced capabilities,” White House spokeswoman Stephanie Grisham said Wednesday.

Turkey is a critical NATO ally but its relationship with the US has deteriorated over time due to what the US believes is President Recep Tayyip Erdogan’s increasingly authoritarian leadership and his role in the Muslim Brotherhood.

Christian communities on the northern border are increasingly being marginalized and persecuted by Turkish authorities and military. Protection is the difference between life and death.

Previous: Gathering seeks to unite Body of Christ for prayer and worship
Next: MODOT plans for 3 to 8 hour back-ups on I-70