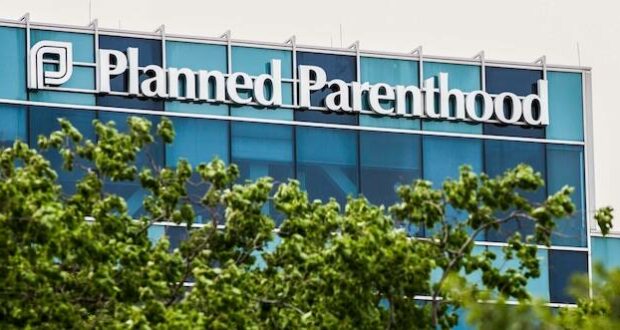 A six-story high-rise in Houston is the nation's largest Planned Parenthood abortion facility.

Texas’ strategy on abortion really invented by the Left

As I write these words, Texas is virtually abortion-free. No, Roe v Wade was not overturned. Nor has Texas padlocked Planned Parenthood’s clinics. Rather, abortionists have closed their doors for fear of being sued.

Here’s the story. Most state anti-abortion laws prohibit the procedure under threat of criminal prosecution or other state enforcement mechanism. For example, Mississippi recently passed a ban on abortions after 15 weeks of pregnancy. Its constitutional validity is now before the United States Supreme Court. 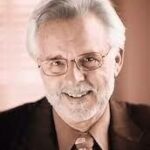 The Texas Legislature took a wholly different approach. Rather than criminalizing abortion or authorizing the state to stop it, the law instead prohibits a physician from “knowingly” performing or inducing an abortion “unless the physician has determined…whether the woman’s unborn child has a detectable fetal heartbeat.” If the doctor detects a heartbeat—which can usually be discerned at about 6 weeks gestation—the abortion may not be undertaken except under defined emergency circumstances.

Here’s where the law differs from the usual abortion prohibition. The state is not authorized to enforce the heartbeat limitation. Rather, private citizens are granted legal standing to bring civil lawsuits against abortionists, support staff, insurance companies, etc.—not the mother—when the killed fetus had a beating heart. Damages for violations are set at $10,000, plus the potential for injunctions, recoupment of litigation costs, and attorney’s fees. The effect and clear intent of the law is to make post-heartbeat abortion a financially risky undertaking.

Texas abortion clinics and others sued and sought an injunction to prevent the law from taking effect pending a final ruling on the law’s constitutionality. But the Supreme Court, in a surprising 5-4 ruling, refused to put the law on ice. It went into effect on Sept. 1 and the abortion industry in Texas locked clinic doors.

It is important to note that the Supreme Court’s decision does not mean that Texas has won the case. The ruling was wholly procedural. Indeed, the Court’s majority specifically stated that their decision is “not based on any conclusion about the constitutionality of Texas’s law, and in no way limits other procedurally proper challenges.” In other words, the law could still be invalidated by state or federal courts.

For example, The New York Times very liberal columnist Michelle Goldberg huffed: “There’s a sinister brilliance to the way this whole thing has gone down. Texas fashioned an abortion prohibition whose bizarre, crowdsourced enforcement mechanism gave conservative courts a pretext not to enjoin it despite its conflict with Roe. And the Supreme Court has, with an unsigned, one-paragraph opinion issued in the middle of the night, made Roe momentarily useless without sparking the nationwide convulsion that would have come from overturning it outright.”

Oh, cry me a river. Texas did not originate the idea of enabling private citizens to enforce public policy. That tactic has been pursued by leftists and liberals for years.

Take Proposition 65 in California, a law passed by voters in 1986, that requires businesses to warn consumers if they may be exposed to chemicals that cause cancer, birth defects or other reproductive harms.

While the law permits the California Attorney General or city attorneys to enforce its provisions, it also allows “any person acting in the public interest” to bring a civil lawsuit against any business the private citizen believes is violating the law, which includes the imposition of a civil penalty of $2500 per day. In other words, the law authorizes private enforcement of state public policy in civil court—just like Texas.

More radical proposals and laws pushed by the left in recent years also rely on private civil court enforcement. Take the “nature rights” movement, which has been successfully passing local municipal laws in the country—mostly aimed at stopping oil extraction through fracking—that grant nature the rights to “exist, persist, maintain and regenerate its vital cycles, structure, functions and its processes in evolution.”

What’s that you say? Mother Nature is not sentient and is thus incapable of enforcing her rights? True. That is why these laws authorize private citizens to bring lawsuits to halt developments or projects they personally believe violate nature’s “rights.”

Pittsburgh’s statute puts it this way: “Residents of the City shall possess legal standing to enforce those rights on behalf of … natural communities and ecosystems.” A proposed constitutional amendment in Florida that seeks to grant “rights” to the state’s waters would similarly rely in large part on private civil lawsuit enforcement. How are these laws and proposals that purport to protect the environment materially different from what the Texas did to save the lives of fetuses with beating hearts?

The animal rights movement has pursued the same advocacy strategy by seeking to enable what is known as “animal standing” in courts. Their goal is to enable animals to directly sue their owners. Of course, the animal litigants in such cases would be utterly oblivious of the lawsuits. But these proposed laws would allow animal rights fanatics to bring the lawsuits on the animals’ behalf.

Don’t think it will never happen. A case brought by “Happy”—an elephant seeking a writ of habeas corpus against the Bronx Zoo—will soon be heard in New York’s highest state court. If “Happy” wins, at least some animals will be granted the right to sue, which would really mean declaring open season on animal industries in civil courts. Again, how is this animal rights litigation approach materially different from what Texas has done? It isn’t.

Look, I am not particularly comfortable with private citizens being authorized by law to act as a civil litigation posse to enforce state public policies. But please, leftists, spare me all the gnashing of teeth. What goes around, comes around. You devised this innovative advocacy tactic. You should not be surprised that social conservatives also understand its powerful potential and have acted accordingly.

–Lawyer and award winning author, Wesley J. Smith, is a senior fellow at the Discovery Institute’s Center on Human Exceptionalism.

Previous: Pregnant and left in Afghanistan, American fears for her life
Next: Major religious groups and their stand on vaccinations