Home / Faith / The Age Gap in Religion Around the World 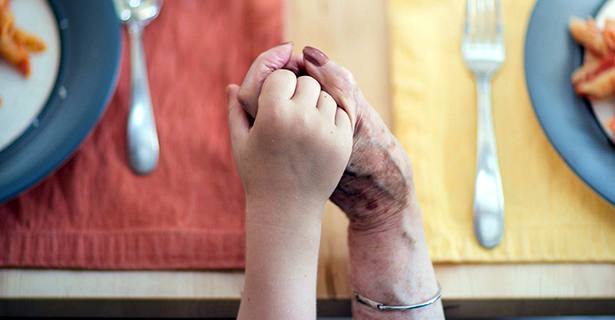 The Age Gap in Religion Around the World

By several measures, young adults tend to be less religious than their elders; the opposite is rarely true. In the United States, religious congregations have been graying for decades, and young adults are now far less likely than their elders to identify with a religion or engage in a variety of religious practices. But this is not solely an American phenomenon. Lower religious observance among younger adults is common around the world, according to a new analysis of Pew Research Center surveys conducted in more than 100 countries over the last decade.

Although the age gap in religious commitment is larger in some nations than in others, it occurs in many different economic and social contexts – in developing countries as well as advanced industrial economies, in Muslim-majority nations as well as predominantly Christian states, and in societies that are, overall, highly religious, as well as those that are comparatively secular.

While this pattern is widespread, it is not universal. In many countries, there is no statistically significant difference in levels of religious observance between younger and older adults. In the places where there is a difference, however, it is almost always in the direction of younger adults being less religious than their elders.

Overall, adults ages 18 to 39 are less likely than those ages 40 and older to say religion is very important to them in 46 out of 106 countries surveyed by Pew Research Center over the last decade. In 58 countries, there are no significant differences between younger and older adults on this question. And just two countries – the former Soviet republic of Georgia and the West African country of Ghana – have younger adults who are, on average, more religious than their elders.

Age gaps are more common in some geographic regions than others. For instance, in 14 out of 19 countries surveyed in Latin America and the Caribbean, adults under 40 are significantly less likely than their elders to say religion is very important in their lives. This is also the case in about half of the European countries (18 out of 35), and in both countries surveyed in North America (the U.S. and Canada; Mexico is included in the figures for Latin America).

Age gaps are also more common within some religious groups than in others. For example, religion is less important to younger Christian adults in nearly half of all the countries around the world where sample sizes are large enough to allow age comparisons among Christians (37 out of 78). For Muslims, this is the case in about one-quarter of countries surveyed (10 out of 42). Among Buddhists, younger adults are less religious in just one country (the United States) out of five countries for which data are available.

Other key findings from the report:

This study, produced with funding from The Pew Charitable Trusts and the John Templeton Foundation, is part of the Pew-Templeton Global Religious Futures project, a broader effort to understand religious change, including the demographic patterns shaping religion around the world. Previous reports have focused on links between gender and religion, religion and education and future population growth projections for major world religions.

The findings can be found at www.pewforum.org/2018/06/13/the-age-gap-in-religion-around-the-world.