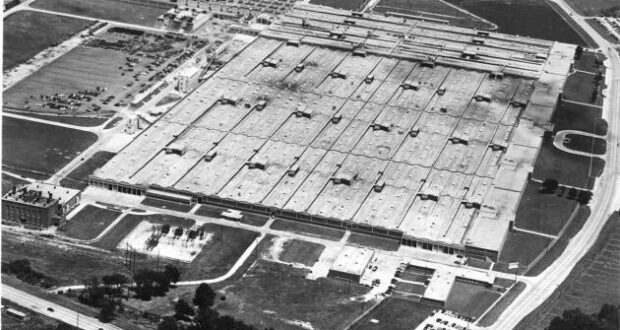 Most people know the federal property on the Blue River on Bannister Parkway as the Bendix Plant, even though the name Bendix has not been associated with it for years.

It did not start out as the Bendix Plant. It began as the Kansas City Speedway in 1922 – a mile and a quarter wooden oval with high bank turns. It was turning speeds faster than the brick yard in Indianapolis. The last race occurred on July 4, 1924 and had to be discontinued when holes developed on the wooden track as the planks began to warp. Some say it was because of the underground water level from the nearby Blue River. 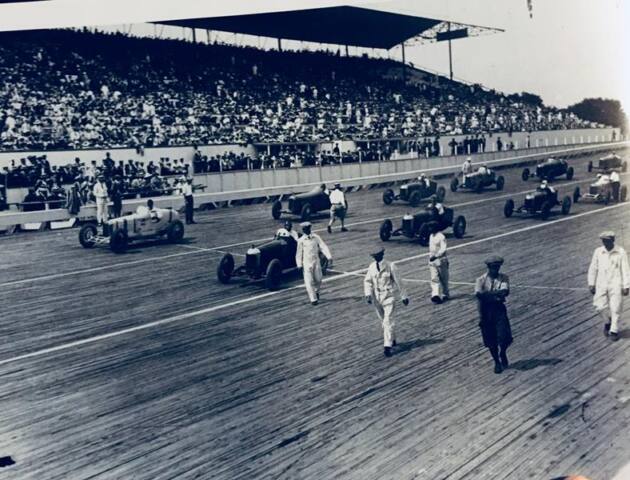 The Kansas City Speedway would become the site of a Federal Complex composed of Bendix.

On July 4, 1942, Senator Harry Truman broke ground on a federal complex to build Pratt and Whitney aircraft engines, specifically the R2800 Double Wasp. This engine was used on a wide variety of both Army Air Corps and Navy aircraft during World War II. It was during this time, however, that part of the complex began being used as a Federal landfill, handing the metals, solvents, petrochemicals, and other contaminants of the big engine building.

In 1945, after the Japanese surrender and the end of WWII, the plant shut down. In 1947, the Internal Revenue Service moved to the site. In 1949, Westinghouse Electric became the largest renter at the site, producing jet aircraft engines for the Navy. Westinghouse Electric subleased part of the plant to Fairfax Storage and a company named Bendix that operated the plant for the Atomic Energy Commission. In 1958, Westinghouse moved out to Lee’s Summit, forever transforming that sleepy community. Bendix then took over operation of the plant.

The Bendix history is interesting. It began in Chicago in 1914 as a bicycle brake manufacturer. By the 1920s Bendix had a wide range of brake patents and in 1924 General Motors bought a 24% interest in the company. They then moved the headquarters to South Bend, Indiana.

Amazingly, Bendix expanded its expertise to missiles, and throughout the 1950s, managed the Atomic Energy Commission for the US government at facilities in Kansas City and Albuquerque. In 1956, Bendix began building computers with the computer division being taken over by Control Data Corporation in 1963. Bendix continued development a wide variety of products including automotive, brakes and even washing machines! 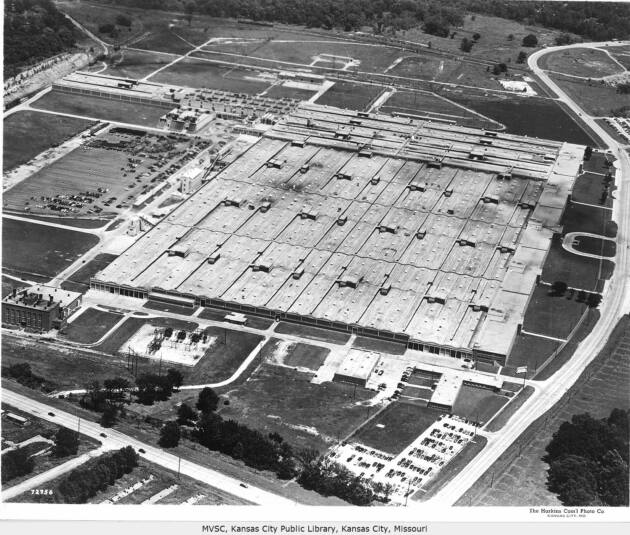 In 1983 Bendix launched a hostile and successful takeover for Martin Marietta. But before they could be acquired, Martin Marietta sold off their individual assets. With the proceeds from the sale, Martin Marietta management then turned around and launched a hostile takeover of Bendix. United Technologies, owner of Pratt and Whitney, Otis Elevator, and Carrier air conditioning, joined the fray. Bendix was acquired that year by Allied Corporation which later became Allied Signal. Later Allied Signal bought Honeywell keeping the Honeywell name to this day.

In 2013, Honeywell moved to a $687 million National Security Campus on 150 Highway in south Kansas City and won a $9 billion contract to operate it. The move took 19 months. The cleanup of the old “Bendix” site is expected to cost $200 million, about a third of the cost of the new facility.

Most of the Bendix Plant is gone today. All that remains at the corner of Troost and Bannister is part of the old power plant for the original airplane engine factory. The 500-year flood wall and massive flood gates remains along Bannister Road as well. 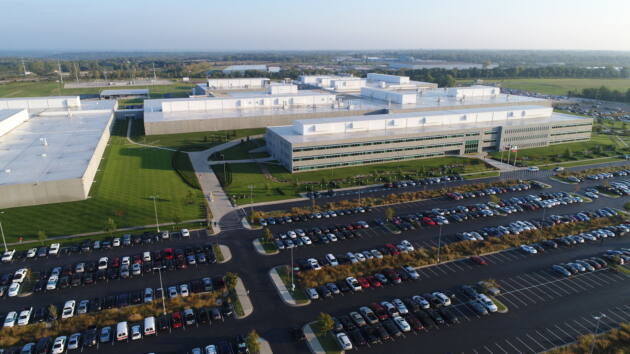 As a side note, between 1968 and 1972 the largest broad Atomic Energy Commission (AEC) license in the United States belonged to a doctor at Research Hospital just couple miles north of the Bendix site. It allowed him to have in his possession and use radioisotopes in emerging medical treatments.

That was my father, Dr. William E. White.

–Bob White is a Kansas City-area resident and history writer for Metro Voice. Search for his name in our search bar or read his last story HERE.