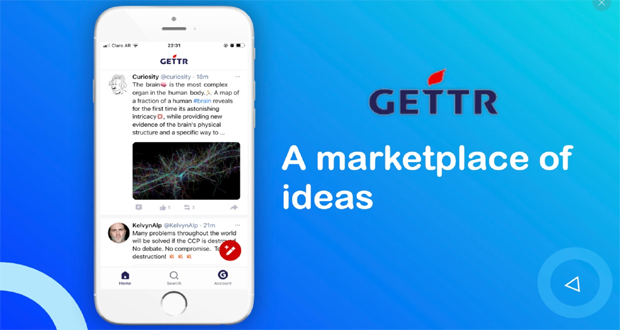 Former Trump senior advisor Jason Miller, who is leading the platform, told Fox News that the name GETTR was inspired by the idea of getting together. “Let’s get together, we’re talking about a sense of community,” he said. “We think it will ultimately be a global platform. We want people from all political stripes to join the platform.”

GETTR users can post messages with up to 777 characters, host videos up to three minutes in length and edit videos within the app. Users can import their existing tweets into this new platform after signing up, Miller said.

The initiative to create GETTR came after Trump was banned from Facebook, Twitter, Instagram and Snapchat this year, a measure put in place against him after the Capitol Hill riot on January 6. CBN News previously reported in January that Trump was looking into creating his own social media site after Twitter banned him.

Finally, Miller explained that GETTR strives to create a diverse community for its users and that it’s “not just for conservatives but for folks from all political affiliations around the world to join.”

The site registered over 1 million users in the first 3 days, according to Miller.