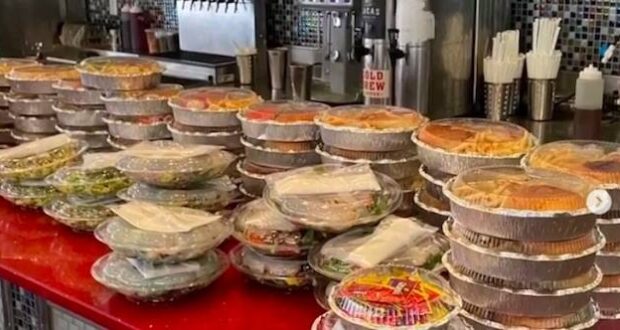 President Trump’s election campaign is anonymously donating meals to hospitals in areas that are the hardest hit by the coronavirus outbreak. It has been placing orders with local restaurants in New York, New Jersey, Michigan and Washington state for the past week. Most mainstream media outlets have ignored the story.

“They’re doing it as a donor who cares,” a source told Brooke Singman of Fox News. “So nothing politically is tied to it …. We’re just trying to, you know, show a thank you. They’re trying to send things that are like, local restaurants that may need support [and] cool restaurant icons of the area that may need the business.”

An anonymous donation providing lunch to some hardworking staff at Hackensack Hospital this afternoon. We are so grateful. #njstrong #prayersforeveryone #wewillgetthroughthis #letsallbewell #stayhome #stayhealthy

Singman tweeted that the Trump campaign “has been quietly calling local restaurants and ordering large amounts of food to be delivered to hospitals in an effort to feed doctors, nurses & first responders and support local restaurants.”

She reported that the Chit Chat Diner in Hackensack N.J., is one of the beneficiaries of the Trump campaign’s new initiative. “An anonymous donation providing lunch to some hardworking staff at Hackensack Hospital this afternoon. We are so grateful,” the restaurant posted on Instagram earlier this week.

Another order, from Antonio’s Trattoria, was for 100 individuals to be delivered to the Lincoln Hospital in the Bronx. “It was 20 penne vodkas, 20 pastas with tomato sauce, 30 chicken parmesans and 30 house salads with grilled chicken,” the manager told Fox News. “He only gave his first name and said he wanted to remain anonymous.” 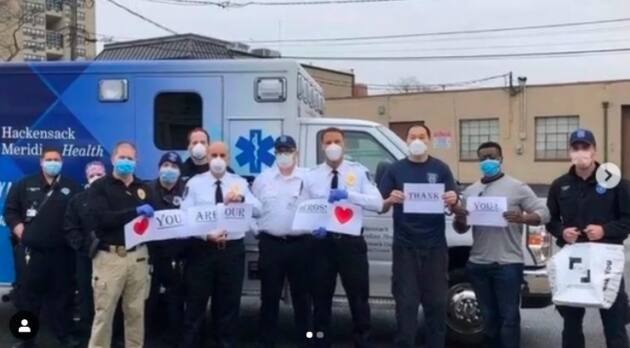 A source said the president’s campaign has spent tens of thousands of dollars at restaurants and plans to expand the effort. On Wednesday, Trump encouraged Congress to change the tax laws to help restaurants bounce back quicker from the imposed coronavirus shutdown.

“Congress must pass the old and very strongly proven deductibility by businesses on restaurants and entertainment,” he wrote. “This will bring restaurants and everything related back — and stronger than ever. Move quickly, they will all be saved!”

Previous: Coronavirus cabin fever? Learn some history from your car
Next: The Easter Story – Jesus’ Crucifixion and Resurrection