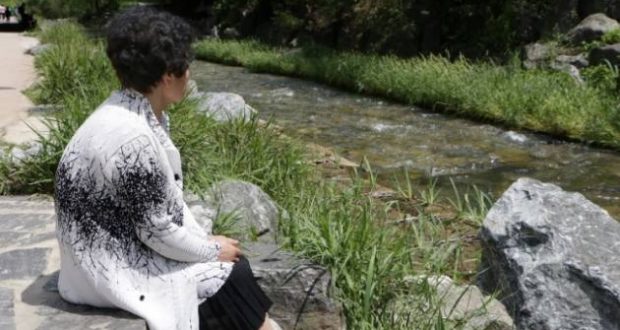 Hea Woo, a North Korean Christian who was imprisoned for her faith(Photo: Open Doors)

For the first time since its inception, the United Nations is remembering persecuted Christians around the world. The commemoration is called the UN International Day Commemorating the Victims of Acts of Violence Based on Religion or Belief.

August 22 was given the special designation by the UN General Assembly in May to highlight the growing issue of violence based on religion or belief.

The Open Doors charity said that over 4,100 Christians were killed across the 50 countries that appear in its 2019 World Watch List of countries where persecution is the worst, with 3,700 of those victims being in northern and central Nigeria alone.

It suggested that the real figure could be much higher as many cases are not reported.

A spokesperson from Open Doors UK and Ireland said: “Today we will remember all those who have been attacked because they are deemed to be the ‘wrong’ religion or refused to deny their faith. Sadly, we know that many killings go unreported because victims’ relatives are too scared to speak up.”

North Korea tops the Open Doors World Watch List, a position it has held in the annual report since 2002.

In the hermit communist country, where people are taught to idolize the ruling Kim family, Christians are seen as “hostile elements” that need to be eradicated, the organisation has said.

Those caught practicing Christianity may be killed or sent to camps where the conditions are harsh.  One Christian from North Korea that the charity has worked with is Hea Woo, who spent three years in a labor camp.

She told of a sign at the camp telling prisoners “Do not try to escape; you will be killed.”

Despite the risk to herself, she continue to practice her faith inside the camp, praying and even evangelizing among the other prisoners.  She started a small underground church with five people who would meet beyond the view of the guards, often in the toilet.  She would explain Bible verses to them and they would sing muted praise songs so that the guards would not hear them.

She was later freed from the camp and managed to escape to South Korea, where she now lives.

Afghanistan is ranked number two on the World Watch List but Open Doors said that the persecution of Christians was so severe that it could not report on it for fear of endangering the Christian community there even further.

Aid to the Church in Need (ACN), a charity that works with persecuted Catholics, said that while the new UN day was “long overdue”, it must lead to “decisive help” for religious groups that are suffering for their beliefs.

Dr Thomas Heine-Geldern, ACN’s international executive president, said: “This new day commemorating the victims of religious violence is an important step towards ensuring that more attention is paid to persecuted Christians in the future.

“It is important that 22 August does not become an end in itself, but triggers a process that motivates the international community to implement a coordinated plan of action to end religious persecution and prevent it in the future.

“It is the duty of the United Nations, governments and political actors to enforce the human right of freedom of religion.

“This symbolic day must be followed by action.”

He added: “All religious communities regularly fall victim to violence, but as international reports on religious freedom confirm time and again Christians are, unfortunately, the group that is most persecuted.”

Previous: US in secret talks with Venezuelan political boss to remove president
Next: Why Christian women are the most persecuted group in the world