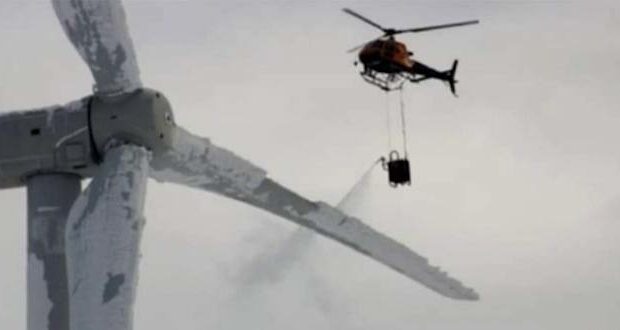 Across the midwest and south, energy companies are instituting blackouts to keep the power on as the deep freeze continues.

Evergy initiated rolling blackouts in parts in Missouri on Monday and Tuesday, cutting power for 30 minutes to an hour in service areas before rotating to others. In Kansas, other utilities and communities followed suit, cycling power through different areas.

Millions in Texas were left without power Monday and Tuesday as temperatures hit record lows and snow blanketed the area in a rare winter storm. Ryan Silvey, chairman of Missouri’s Public Service Commission, said the outages were meant to keep customers in the Show-Me State from facing the same issues.

“We are experiencing record-breaking electric demand due to the extreme cold temperatures that have gripped Texas,” ERCOT President and CEO Bill Magness said in a news release. “At the same time, we are dealing with higher-than-normal generation outages due to frozen wind turbines and limited natural gas supplies available to generating units.” ERCOT is one of the largest energy producers in Texas.

Across the region, from South Dakota to Texas, wind turbines are being de-iced by helicopters running, of course, on fossil fuels.

“The concept of this multistate market is so that we have both economical energy but also to spread the risk of localized events,” he said. “What’s happened is the overall energy usage has exceeded the capacity to generate, and every generator in the footprint was asked to shed load. That’s why you see rolling blackouts throughout these 14 states.”

Silvey and various Missouri utility companies — including Ameren, Spire, Summit Natural Gas and Evergy — asked consumers to conserve energy and maintain the vitality of the grid Monday. Suggested changes included turning down thermostats, limiting the use of natural- gas fireplaces, sealing drafty areas, letting sunlight into the home, and clearing space around heat registers to let it flow more efficiently.

“Right now, we’re seeing a highly unusual event where energy need is exceeding energy capacity,” Silvey said. “You have so much of the country in this cold snap, particularly those in our region who aren’t normally using as much energy. Essentially if the entire grid can take it down a notch, it has a big impact on the overall energy that’s required. As long as they can keep below their max peak, then nobody has to have a rolling blackout.”

Kansas Gov. Laura Kelly, in a press conference on Monday, stated that through Wednesday it could be “critical” to weathering the arctic freeze and energy crisis that has sent prices soaring.

“We all must cut back on natural gas and electricity usage now to ensure we have enough available to make it through these subzero temperatures,” Kelly stated.

While blackouts have numerous causes, including high energy usage, critics of the companies are pointing to their high reliance on “renewable” energy. Across Kansas, Nebraska and Oklahoma, wind turbines remain frozen in place and snow accumulations have stopped the production of solar power. In the co-op that serves the region, wind accounts for over 20 percent of energy production.