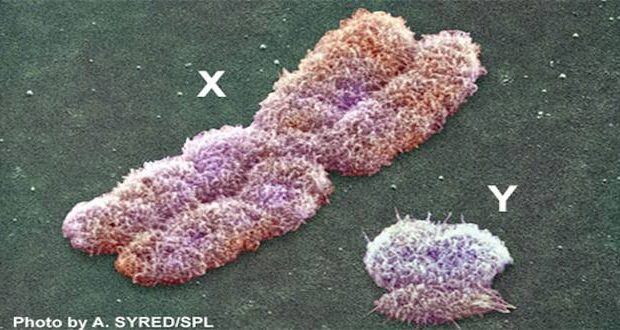 Vatican agrees with science: you cannot change your sex

Pope Francis has again gone on record rejecting the idea that people can choose or change their genders.  The Vatican is following accepted biological and medical science that human sex is determined by chromosomes, not “identity.”

The document of the text released by the Vatican last week, “Male and Female He Created Them,” is intended to help Catholic teachers, parents, students and clergy address what the Vatican’s Congregation for Catholic Education called an “educational crisis” in the field of sex education.

The Pope has repeatedly argued the position that people cannot choose their genders.

The Vatican, like mainstream science, accepts those basic foundations and understanding of biology.

The document represents the first attempt to put the Vatican’s position, first articulated fully by Pope Benedict XVI in a 2012 speech, into a comprehensive, official text. It called for a new alliance among families, schools and society to offer a “positive and prudent sexual education” in Catholic schools so children learn the “full original truth of masculinity and femininity.”

READ: How to Talk to Your Children About Sexual Identity

The paper called gender fluidity a symptom of the “confused concept of freedom” and “momentary desires” that characterize post-modern culture. It rejected terms such as “intersex” and “transgender” and said the purpose of the biological “complementarity” of the male and female sex organs was to ensure procreation.

Contrary to claims by activists in the LGBT community, sex isn’t “assigned” at birth – and that’s why it can’t be “reassigned,” according to The Heritage Foundation’s Ryan T. Anderson.

In his book When Harry Became Sally: Responding to the Transgender Moment, Anderson says sex is a bodily reality that can be recognized well before birth with ultrasound imaging. The sex of an organism is defined and identified by the way in which it (he or she) is organized for sexual reproduction.

The editor-in-chief of the website Public Disclosure also writes in the article Sex Change: Physically Impossible, Psychosocially Unhelpful, and Philosophically Misguided published online last year, “The conceptual distinction between male and female based on reproductive organization provides the only coherent way to classify the two sexes. Apart from that, all we have are stereotypes.”

Anderson also highlights a court case where Dr. Deanna Adkins, a professor at the Duke University School of Medicine, called the standard account of sex – an organism’s sexual organization – “an extremely outdated view of biological sex.”

In a rebuttal response, Dr. Lawrence Mayer, a scholar in residence in the Department of Psychiatry at the Johns Hopkins University School of Medicine and a professor of statistics and biostatistics at Arizona State University, wrote: “This statement is stunning. I have searched dozens of references in biology, medicine, and genetics – even Wiki! – and can find no alternative scientific definition. In fact, the only references to a more fluid definition of biological sex are in the social policy literature.”

Cosmetic surgery and cross-sex hormones can’t change us into the opposite sex, Anderson noted.

Previous: Deal reached with Democrats for Mueller Documents
Next: As some businesses rush to support abortion, Wendy’s raises funds for adoption