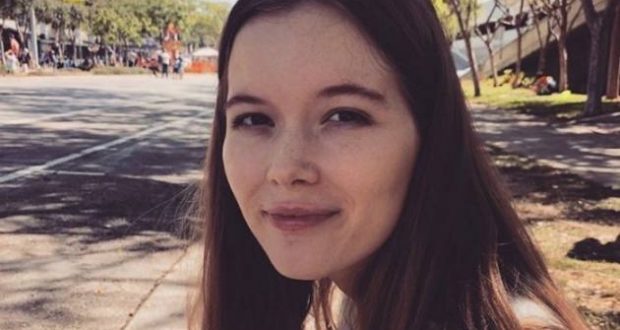 A vicious attack by multiple sharks in the Bahamas has killed a vacationing California woman.

College student Jordan Lindsey, 21, of Torrance was snorkeling with her family near Rose Island on June 26 when she was bitten and dismembered by what local police cited by ABC News said were three large sharks.

Police said Lindsey’s parents spotted the sharks approaching and tried to warn her but it was too late. Seconds later the attack began turning the water in the area red.

Deputy Commissioner Paul Rolle told CNN affiliate WPLG that Lindsey suffered multiple bites to her left arm, both legs and buttocks, and her right arm was torn off while she was also missing major portions of her torso and upper thighs and back.

The Bahamas Press reported the young woman was transported to a hospital in New Providence and pronounced dead.

Following an autopsy, Lindsey’s remains will be transported to California by the U.S. Embassy, Rolle told WPLG. 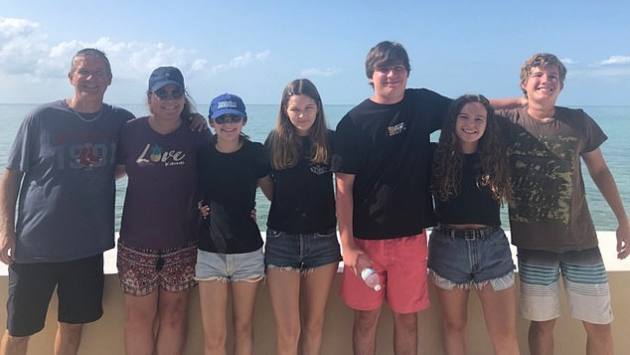 A family vacation: Jordan Lindsey is pictured center posing with her family and girlfriend before they went on the snorkeling trip in the Bahamas

‘She Was So Caring’

Lindsey’s father told NBC News: “We already miss her so much… She was so caring. She loved all animals. It’s ironic she would die getting attacked by a shark.”

“Jordan had the most beautiful, gentle soul and she will be missed deeply,” the family said in a statement.

A Bahamas government ministry issued a statement of condolence.

Fox5 reported the Bahamas Ministry of Agriculture and Marine Resources issued a public advisory in the wake of the fatal shark attack.

An assessment will be carried out to check if the water is safe.

A Danger or Endangered?

Sharks in their interactions with humans have acquired a fearsome reputation that, according to National Geographic, is not justified.