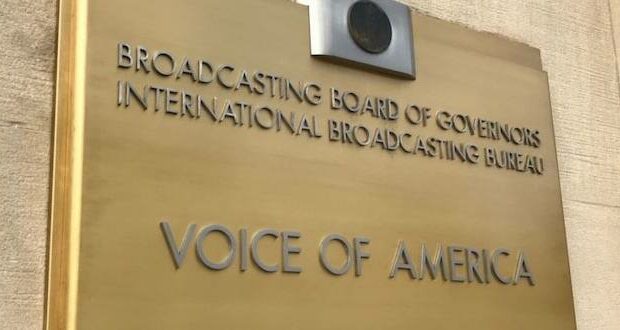 Voice of America accused of pro-Islamist bias in reporting

The Voice of America has a pro-Islamic bias, according to a watchdog group that has filed Freedom of Information Act request. The American Accountability Foundation is investigating allegations that VOA was amplifying anti-American and pro-Islamist reporting in Iran, both targeting Iranians in the region and Iranian-Americans.

VOA is an independent arm of the U.S. government. Funded by U.S. taxpayers, the international radio broadcaster and news outlet is operated by the United States Agency for Global Media. It is responsible for providing objective news and information in 47 languages, including Persian in Iran.

“VOA has been infiltrated by anti-American, pro-Islamic state interests, and the message of VOA had been compromised in a manner that was biased toward the Islamic state factions in Iran,” the foundation said. The organization requested communications between VOA staff and individuals in Middle Eastern countries, but the VOA has failed to comply to produce the records, which are covered under FOIA.

“Concerns about the VOA were not only voiced by Iranian locals but also by Iranian-Americans whom the program appears to be targeting,” the foundation said. “Their concerns include biased coverage and using VOA to facilitate immigration visas for individuals close to the Islamic Republic government.”

In a statement posted last month on its website, Iranian Americans for Liberty alleged the VOA is “completely infiltrated and controlled by left-wing and progressive activists. The corruption and lack of adequate oversight by USAGM has led to VOA becoming a propaganda arm for various left-wing causes and a campaign arm of the Democratic Party during the U.S. federal elections.”

“Voice of America and USAGM have a history of pushing partisan propaganda and manipulating the visa system to benefit shady foreign nationals,” said Tom Jones, the organization’s founder. “Now, while using American taxpayer dollars, they are openly violating FOIA rules to shield their bad behavior from the public.”

This all comes as the Biden administration considers removing Iran’s Revolutionary Guard from the U.S. terrorism blacklist while trying to convince Iran to accept a new nuclear deal.

Former President Donald Trump attempted to reform the agency over what was perceived as anti-American reporting but was rebuffed by Democrats and U.S. media outlets.