Home / News / While all eyes are on Ukraine, remember the slaughter of Christians in Nigeria 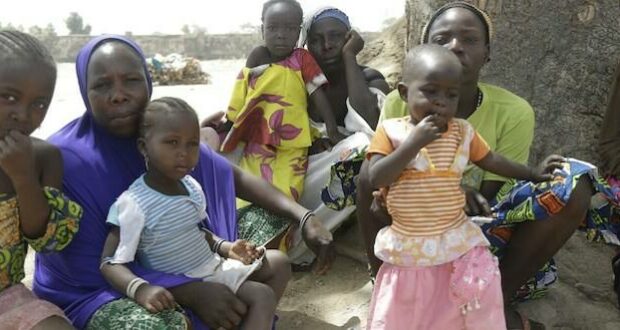 Christians in Nigeria are facing genocide.

While all eyes are on Ukraine, remember the slaughter of Christians in Nigeria

EDITOR’S NOTE: Metro Voice regularly reports on the genocide against Christians in Nigeria. While the news rarely makes the nightly news, it is nonetheless as important as the war against Ukraine. We bring you this opinion piece to again raise it to the top of your prayer list.

For weeks, a shocked world has been transfixed by Russia’s murderous invasion of Ukraine. The killing and maiming of innocents by the thousands — unarmed women, children and the elderly — has been stunning. Resourceful Ukrainian soldiers have demonstrated enormous courage. And nation after nation has responded with rage, reprimands, armament, financial sanctions and threats of further recourse. Few members of the international community have remained unmoved.

Yet, at the same time in another part of the world, brutal violence against similar innocents has not only continued for years but has dramatically increased in the past few months.

Most recently, on March 20, Morning Star News reported from Nigeria, “Suspected Fulani herdsmen on Thursday (March 17) kidnapped 46 Christians and a number of their children in an attack in Kaduna state.”

The heavily armed terrorists had attacked a predominantly Christian town, Agunu Dutse, shortly after midnight. “They trooped into our village in large numbers and began shooting indiscriminately at anyone on sight,” a local resident explained.

The following Sunday night, March 21, a church service in a different Kaduna city was just ending when well-armed insurgents arrived. “Agban Kagoro is under heavy attack with sporadic gunshots, burning down of houses in Adan, Mararaba, and Tsonje,” a frightened witness told International Christian Concern. Another later recounted, “Twenty-five people were killed and over 100 houses burnt.” 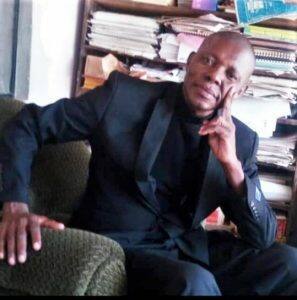 Although vastly underreported, Nigeria has endured terrible violence for decades. It was formally declared a “country of particular concern” by former Secretary of State Mike Pompeo in December 2020. However, inexplicably, the Biden Administration removed Nigeria from that important and useful listing less than a year later. Ever since, the violence has increased while international news coverage has nearly vanished.

But then, on March 20, Britain’s Baroness Cox — a longtime observer and critic of Nigerian Christians’ tragic history — released Nigeria Visit Update, documenting recent carnage in Kaduna State. For a time, Boko Haram’s reign of terror in Nigeria’s north occasionally caught the eye of Western reporters. But this new account about the country’s Middle Belt provides shocking details in a less-recognized region. Following are a few highlights of what she and her Humanitarian Aid Relief Trust associates experienced on their visit.

—   They witnessed the ruins of homes, farmland, food stores, churches, pastors’ homes and an orphanage, all attacked by Fulani militia in the past seven months.

—   They heard detailed accounts of the deliberate targeting and slaughter of many children, a 98-year-old woman burned alive and people hacked by machetes as they ran from rapid gunfire.

—   They learned that Fulani militia encroach upon and sometimes occupy villages, asserting their right to the land by renaming the villages and threatening anyone who seeks to return.

—   They were informed that, in addition to mass attacks, kidnappings for ransom have become rampant in the Middle Belt, as elsewhere in Nigeria, and appear to have an ethnoreligious dimension: Muslim vs. Christian.

—   They found that those targeted villages receive little to no military or police protection from the attacks; security forces usually arrive on the scene after the attack has ended, while perpetrators are rarely, if ever, brought to justice.

By 2018, the International Crisis Group reported that six times as many people were being killed in Nigeria’s “herder-farmer conflict” as in the Boko Haram insurgency. Yet Boko Haram is more easily recognized as a terror group, at least partly thanks to the group’s 2014 Chibok School kidnappings and Michelle Obama’s #bringbackourgirls campaign.

At the same time, the religious nature of the herder-farmer conflict is often attributed, instead, to climate change and ethnic tensions. These explanations from diplomats ignore the anti-Christian nature of the violence, which is clearly indicated by the torching churches, kidnapping of “infidel” pastors and priests, and cries of “Allahu Akbar” that accompany massacres. And, as the Humanitarian Aid Relief Trust report points out, “Fulani ‘herders’ have launched multiple and frequent attacks on Christian farming communities in the area, while (locals have) pointed out that the overwhelming majority of Muslim farming communities in the area have gone untouched.”

And lest we underestimate the suffering of Nigeria’s Christians, perhaps eyewitness reports — gathered by Baroness Cox — from those who have survived Fulani attacks will help us remember them and their decades-long struggle for survival. Listen to their voices:

“I returned in the morning, but everything was burned. I went to my home and saw my mother and siblings butchered and burnt.” — Beatrice, aged 25, Plateau State.

“The kidnappers took me to the place where they ‘waste’ people and showed me the bodies of other people they had killed. They handed me the phone and told me to call whoever I could to try to get a ransom.” — Lazarus, a pastor in Jos, Plateau State.

“I found my husband had been killed. I cannot go back to my village. It has been burnt. We are barely managing.” — Janet, mother to four children, Plateau State.

“Fulani militia hit (my son) in the head with a machete. He raised his hand to block the attack, and they hacked his hand. My two daughters started screaming, and they attacked them with machetes too.” — Yakubu, father of four, Miango, Plateau State.

The tragic and little-known story of Nigeria’s misery continues to unfold as lives and livelihoods are ruined and lost every day. And meanwhile, shockwaves of violence emanate from deadly Chinese prisons, from Afghanistan’s bloodstained streets and back alleys, and in other flashpoints across the globe. And, of course, we cannot forget Ukraine’s besieged towns and cities.

So, while scenes of persecution and bloodshed ebb and flow around the world, may we continue to remember those who are mistreated and persecuted — including the silent slaughter of our Nigerian sisters and brothers. May we keep in mind those who suffer — “as if we ourselves were suffering with them.”

Lela Gilbert is senior fellow for international religious freedom at the Family Research Council and fellow at the Hudson Institute’s Center for Religious Freedom. Follow her on Facebook and on Twitter @lelagilbert.