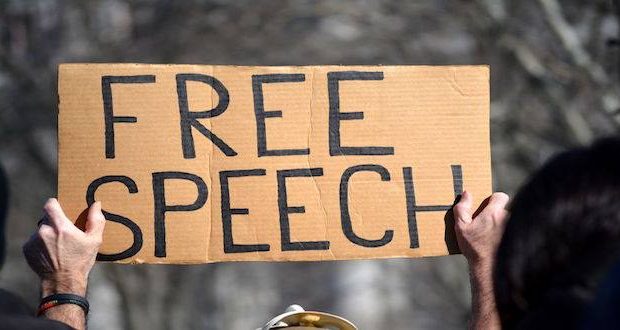 You can say that: David French to discuss free speech at Kansas City Public Library

The First Amendment guarantees both freedom of religion and freedom of speech for a good reason. Without free expression, religious faith would have no influence on the culture.

From wedding cake bakers to college campuses, free speech of Christians is under attack. However, advocates of free speech and religious freedom have enjoyed good news recently.

“Free speech and religious liberty are on a winning streak,” said David French, attorney and senior writer for National Review magazine. “Last month, the Eighth Circuit Court of Appeals ruled that Christian wedding photographers could not be compelled to use their artistic talents to help celebrate same-sex weddings. Today (September 16), the Arizona Supreme Court reached a similar holding, this time on behalf of Christian calligraphers and painters Joanna Duka and Breanna Koski.

“The case, brought by my friends and former colleagues at the Alliance Defending Freedom, is similar to multiple other wedding vendor cases. The plaintiffs do not discriminate on the basis of sexual orientation (they happily serve gay customers). They merely refuse to produce art that advances ideas they find objectionable.”

French will speak on the topic of ‘You Can Say That: How Courage Can Defeat Political Correctness” on Wednesday, Sept. 25, at the Plaza Branch of the Kansas City Public Library. A free reception will begin at 6 p.m., with the lecture following at 6:30 p.m. The presentation is co-sponsored by the Show-Me Institute

French will address the question of whether speech really is free if can’t touch on race, gender, sexuality and other weightier, sometimes uncomfortable, matters. “Every American should be able to handle a challenge to his or her most foundational value,” he said. “Healthy pluralism requires nothing less.”

French is a New York Times bestselling author, and his next book, The Great American Divorce, will be published later this year. He is a graduate of Harvard Law School, past president of the Foundation for Individual Rights in Education and a former lecturer at Cornell Law School. He has served as a senior counsel for the American Center for Law and Justice and the Alliance Defending Freedom.

French also is a former major in the U.S. Army Reserve. In 2007, he deployed to Iraq, serving in Diyala Province as Squadron Judge Advocate for the 2nd Squadron, 3rd Armored Cavalry Regiment, where he was awarded the Bronze Star. He lives and works in Franklin, Tenn., with his wife, Nancy, and his three children.

For more information or to RSVP, visit www.kclibrary.org.

Previous: Students defy prayer ban, recite a pre-game ‘Lord’s Prayer’
Next: Join a 40 day journey with martyrs of the faith