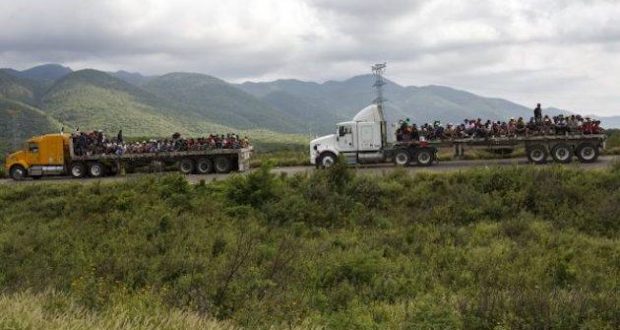 Over 100 migrants have been kidnapped after trucks disappear. Human traffickers blamed.

Human rights activists reported that 100 or more people who were traveling in the migrant caravan didn’t make it to Mexico City because they were kidnapped by human traffickers.

The group climbed into two trucks while traveling near the town of Isla in the Mexican state of Puebla.

They haven’t been seen since, Arturo Peimbert Calvo, an activist with Pueblo of Oaxaca, told Revista Proceso. They were supposed to arrive in Mexico City on Nov. 5.

He said groups have warned migrants not to climb into unknown trucks. The trucks in question had license plates 183-EC-3 and KY-88-765, respectively.

The United Nations office of the high commissioner is aware of the kidnapping case, Calvo said. The office said earlier this year that a wave of disappearances took place in Tamaulipas state and urged Mexican officials to act to prevent further crimes. The UN is investigating the kidnapping with local authorities.

Calvo told HuffPost Mexico that the area from which they were taken “the largest grave in the country, where hundreds of people have disappeared.”

He said several people who escaped from traffickers testified to him and the United Nations.

Arturo Peimbert, former general coordinator for mediation in the state government, said that he believes a cartel was behind the kidnapping, likely the Los Zetas cartel. “There are people in the villages who have informed the Zetas how the caravan is moving, watching the migrants’ steps,” he said.

The presidents of Guatemala and Honduras are calling for an investigation to identify the organizers of a caravan of migrants who are nearing the Mexican capital on a journey they hope will take them to the United States.

The two countries have been under intense pressure from President Donald Trump to clamp down on the caravans.

Honduran President Juan Orlando Hernandez said Monday that thousands of his countrymen have returned to Honduras. Mexico’s Interior Ministry said over the weekend it has helped transport around 500 migrants who asked for assistance returning to their countries of origin.

Guatemalan President Jimmy Morales went further, calling for an investigation of people who “promote or participate” in the caravan, saying those people “should be judged based on international laws.”

Most of the migrants interviewed in recent days say they joined the march spontaneously in hopes of safety in numbers.

Meanwhile, more than 2,000 migrants camped at the Jesus Martinez stadium late Monday, and a steady flow continued into the night. The facility has capacity to hold 6,000, officials said, and four big tents set up for sleeping filled up. Women and children slept apart from the men, who were relegated to concrete bleachers, while the city’s central market supplied 3.5 tons of bananas and guavas to refuel the crowd.

Nashieli Ramirez, ombudsman for the local human rights commission, said the city was preparing to accommodate as many as 5,000 people.

The Associated Press contributed to this report. 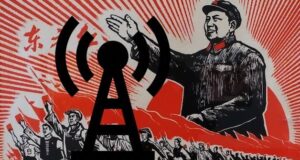 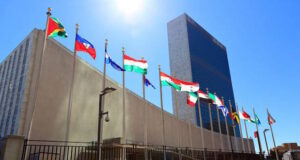 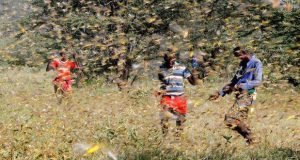 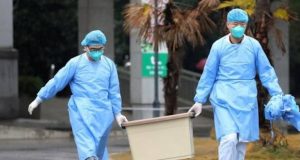 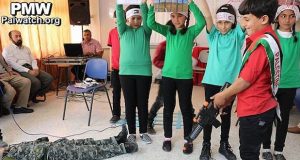 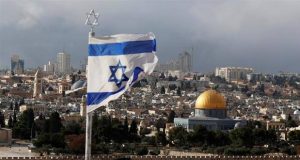 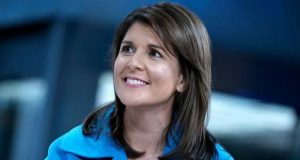 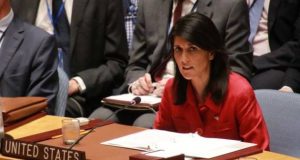