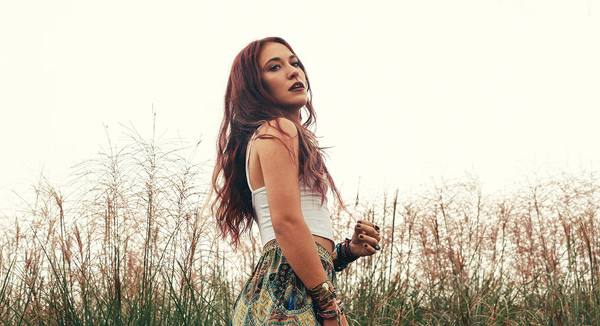 4 ‘American Idol’ alumni who praise Jesus through their music

When American Idol first premiered in 2002, many aspiring artists saw this as their golden ticket into the music industry. After auditioning for a panel of celebrity judges, contestants earn their way through the ranks of many hopefuls by perfecting their music craft and giving it their best shot. However, there can only be one winner on this reality show, and as such, many contestants are sent home. Despite this, some noteworthy artists you might know and love today took what they learned from the show and paid it forward by honoring God with their unique vocal talents.

Daigle tried out for American Idol for the first time at age 17. She made it pretty far on “Hollywood Week” before being sent home. Daigle tried out an additional two times for the show, making it to the Las Vegas rounds, but explains the Holy Spirit’s prodding during this time. “During this time, I asked the Lord to come meet me in the middle of the performances. It didn’t matter that I was potentially singing in front of millions of viewers because it felt empty.” She continued, “without His presence, there was no joy in the process. This is when the Lord taught me about the importance of worship and how fulfilling it is to lift up His name. I left American Idol with a great experience under my belt.”

Daigle came back to her hometown in Louisiana to lead worship, and the rest is history. Currently Daigle’s most recent album, Look Up Child, has also given her the opportunity to share her heart for the Lord on national TV by performing on the daytime show Ellen. The talk-show host was a judge on one of Daigle’s Idol stints and welcomed her with open arms on stage. Daigle also performed songs from the new album on The Tonight Show with Jimmy Fallon. Look Up Child’s acclaim has also spread its way into the secular community.

Mandisa was a frontrunner on season five of American Idol, ending in the ninth spot. While on Idol, Mandisa experienced some negativity when Simon Cowell made some snide remarks about the gospel singer’s weight. She didn’t give in to anger but instead forgave him. Mandisa noted her words in the forgiving exchange with Cowell, “I want you to know that I have forgiven you. You don’t need someone to apologize in order to forgive somebody. I figured that if Jesus could die so that all of my sins could be forgiven, I could certainly extend that same grace to you.” Simon Cowell was “humbled” by her kind response. Since her Idol days, Mandisa has released a book, Idoleyes, and multiple albums that feature songs with other popular Christian artists like TobyMac and Britt Nicole.

Gokey placed third on IDOL’s eighth season. Gokey’s story is unusual for the reality show. His wife, Sophia, passed away just a mere month before his IDOL audition and spurred his inspiration to go after music. Since gracing the IDOL stage, Gokey has worked with Natalie Grant, toured the country with Taylor Swift and Sugarland and released many albums, including one entirely in Spanish. Additionally, Gokey established “Sophia Heart,” an organization in honor of his late wife that aids families in finding shelter from homelessness. Gokey is now remarried, enjoying his new role as a parent and still continues to work on new music. His powerful testimony helped to strengthen his faith and allow it to resonate with millions.

The California native auditioned for AMERICAN IDOL, season nine, in her late teens but was cut just shy of the “top 24” round. Despite not going further on the show, Kelly paved her way forward in the music industry with hit songs like “Nobody Love” and “It Should’ve Been Us.” Kelly is often candid about the fear she’s experienced, but authentically honest about how God continually speaks truth and love into her life. Her most recent album, “Hiding Place” features a wide array of songs about faith, including one titled “Psalm 42,” and “It Is Well (Soul’s Anthem).” Popular Christian artists Lecrae and Kirk Franklin are also featured on this album. In 2016, Kelly ventured into voice acting for the animated character, Meena, on SING which grossed $600 million worldwide.

There are many other amazing Christian voices that rose to the forefront on IDOL, such as Jordin Sparks and Carrie Underwood.

Previous: Christian revival: This season, Donald Trump brings faith in God back to the Presidency
Next: Kris Kobach: Understanding the caravan — the map says it all