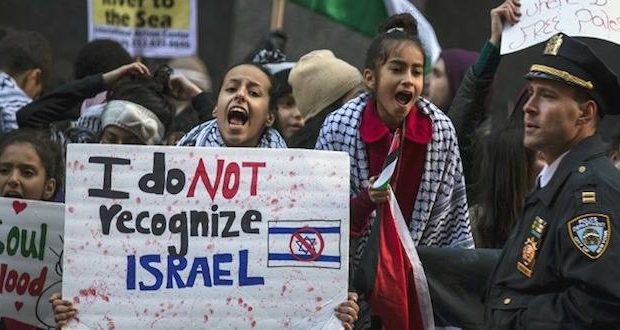 Texas is being sued by the American Civil Liberties Union (ACLU) over a state law requiring contractors to certify that they do not participate in a boycott of Israel.

In 2017, Gov. Greg Abbott took a stand against a growing movement by radical Palestinians called BDS (Boycott, Divest & Sanction) that has found support in some Democrat-controlled states and ultra-liberal universities. The BDS movement, which began in an ever growing environment of anti-Semitic Europe where Jews are daily targeted for harassment on the street including beatings and spitting, was founded by groups and individuals associated with “Free Palestine” movement, and leaders in the Hamas terrorist organization.

Using slick advertising and social media platforms such as Instagram, Facebook, Snap Chat and Twitter, the BDS movement has gained traction on numerous liberal American college campuses where Palestinian students organize rallies against Jews on campus and force universities to end investments with Israeli tech companies such as SodaStream. They also target larger corporations such as Apple (which developed the operating system for the iPhone in Israel), IBM, Microsoft and others who have large research and development complexes in Israel.

The decidedly bigoted movement spread to state legislatures where Democrats quickly took up the cause but not without consequences for the people they supposedly say they are supporting–Palestinians.

The move, while popular, in anti-Israel circles, has actually had a negative effect on Arabs living in Samaria and Jude (known today as the West Bank) as companies have been forced Israeli companies to close factories and offices  which had been set up in those areas to help Palestinians improve their economic situation. Many Palestinians living in those areas are angry with Europeans and American liberals for supporting a BDS movement which is destroying the

Texas became the 20th state to fight back against the dangerous BDS movement against Israel. The lone star state now prohibits all state agencies “from contracting with, and certain public funds from investing in, companies that boycott Israel.”

When signing the bill, Gov. Abbott said that “any anti-Israel policy is an anti-Texas policy. Texas is not going to do business with any company that boycotts Israel.”

The ACLU argues the law violates people’s First Amendment right but the organization has failed to detail how this law is different than any other.

The lawsuit claims four plaintiffs lost “contracting opportunities” because they declined to sign the certification or they signed it at the expense of their First Amendment rights.

“We can’t stay silent when states are violating the First Amendment in this way,” said ACLU Attorney Vera Eidelman.

“The relationship between the Jewish state and the Lone Star State is built upon shared values, including a rock-solid commitment to standing up for liberty – especially when it is threatened by radical Islamic extremism,” said Pastor John Hagee, founder of Christians United for Israel.

More than a dozen states, including Missouri and Kansas, have similar provisions that show support for Israel. However, these laws continue to face scrutiny over their legality.

Earlier this year, in January, a federal judge stopped the enforcement of a similar anti-BDS law in Kansas. The lawsuit against the measure was dropped after Kansas lawmakers narrowly tailored the scope of the legislation by making it only apply to businesses and to contracts higher than $100,000.

Previous: 6 disciplines for living healthy like a Nutcracker dancer
Next: Love of avocados can be deadly unless washed