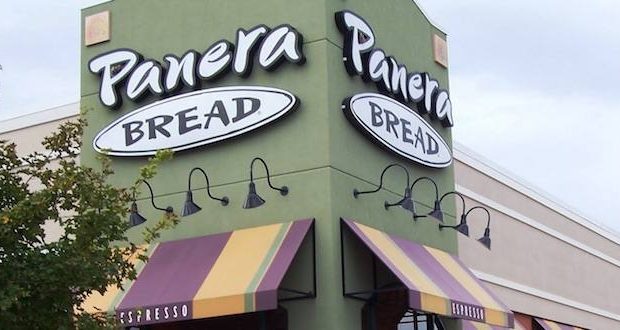 The owners of well-known restaurants and food brands Panera Bread, Krispy Kreme Doughnuts, Pret A Manger, Dr. Pepper and Green Mountain Coffee, have announced a $5.5 million donation to survivors of the Holocaust after their ties to Hitler and the Nazis were revealed.

Panera Bread is one of the largest non-fast food restaurant chains in North America.

The donation by the Reimann family of Germany will be made to the Conference on Jewish Material Claims Against Germany, known as the Claims Conference, which offers payments, sourced from Germany, to help provide services and care to surviving victims.

In recent years it has been revealed that the dynasty, worth some tens of billions of dollars, made much of its early industrial chemicals wealth on the back of slave labor — specifically from Russian and French prisoners of war, and other eastern Europeans, during Nazi rule.

During the Second World War, forced labor to back the Nazi effort was widely used in Germany. Many German industrial giants benefitted greatly, including Siemens and Volkswagen.

In March Germany’s Bild am Sonntag paper, citing a trove of documents, dropped a series of revelations about the Reimann family past. The family was linked to the Nazis long before then, but Bild went much further, reporting that family leaders Albert Reimann senior and junior were party members since 1931; that the firm flew swastikas at its factories; and that female slaves from eastern Europe were abused at family workplaces. Bild reported that at one point one-third of the firm’s workforce was being forced to do so. Bild added that Reimann junior, in 1937, penned a letter to leading Nazi Heinrich Himmler. In it, he said his was a “purely Aryan family business that is over 100 years old,” which firmly backed “race theory.”

Though initially arrested by the Allies after the war ended, the Reimanns were allowed to hold onto their businesses. Reimann senior died in 1954; junior in 1984.

Now, after decades in which it says it didn’t discuss the past, the family has entered a new stage of reckoning.

In an interview with Bild in March, after the paper released its report, Peter Harf, managing partner of the Reimann’s investment firm JAB Holding Company, said the family had commissioned its own research which matched the paper’s.

“It is all correct. (Albert) Reimann senior and Reimann junior were guilty … they belonged in jail,” he said in the interview, a translation shows.

“In the 2000s, the Reimann children started reading and browsing their father’s documents. At the beginning of 2014 we decided: we want to know more. That’s why we signed a contract with economics historian Professor Paul Erker of the University of Munich.”

“When Professor Erker reported, we were speechless. We were ashamed and white as the wall. There is nothing to gloss over. These crimes are disgusting,” Harf said. “As soon as the book by Professor Erker is finished, we will publish it. Unadorned. We will not interfere. The whole truth has to be on the table.”

In an announcement of the donation made on Thursday, Julius Berman, president of the Claims Conference, said the money will be used to help “elderly, poor Holocaust survivors.” who “need food, medicine and heat in the winter. These funds will enable thousands of survivors to live in dignity.”

Panera Bread has 2,000 locations in the U.S. and Canada and their North American headquarters are located in St. Louis, Mo. It’s not known if the revelations of the family’s Nazi past will have an effect on Panera or other brands in terms of loyalty.