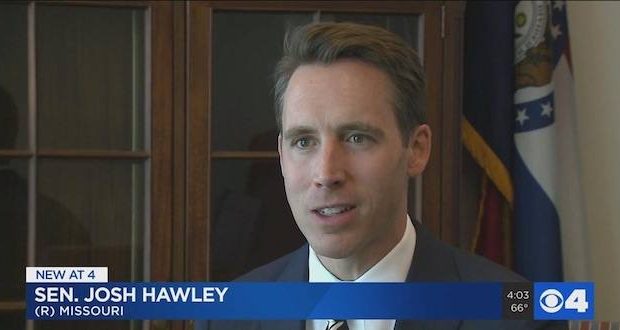 The FBI “effectively meddled” in the 2016 presidential election, Sen. Josh Hawley (R-Mo.) said at a Senate Judiciary Committee hearing on Wednesday, according to The Daily Wire.

“Which is worse?” he asked Justice Department inspector general Michael Horowitz. “Is it worse to have a foreign government trying to meddle in our elections, or is it worse to have our own government meddling in the election? Because I think that is exactly what this report shows. It shows that our government, the most powerful law enforcement agency in the nation, the FBI, effectively meddled in an ongoing presidential campaign.”

READ: Hawley wants users to have more control over their social media

Interference from foreign governments is unfortunate but expected, Hawley said.

Hawley also cited the activities of the Democratic National Committee.

“This is the most incredible, the DNC pays for the Steele dossier, solicits the Steele dossier and then gets the Federal Bureau of Investigation to go get FISA warrants, surveil an American citizen, surveil a presidential campaign, all on the basis of this manufactured garbage that they paid for, I mean that’s extraordinary, that has got to be a first time in history.”

Hawley asked, “Are these individuals, whose misdeeds that you have documented here in this report, the members I am thinking of, the case agents, other members on the Crossfire Hurricane team, are they still to your knowledge working at the FBI?”

Horowitz responded to the question about the FBI by saying, “To my understanding, some are, some aren’t.”

“To my knowledge that person is still there,” Horowitz said.

Previous: Sean Hannity counts his blessings at Christmas and throughout the year
Next: After links to Nazis revealed, owners of Panera Bread, Krispy Kreme will support Holocaust survivors