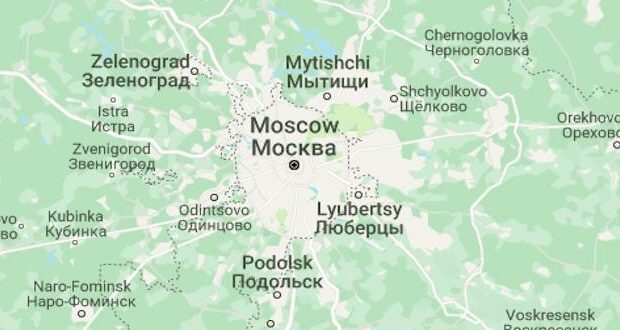 A search on Airbnb for properties in Moscow now shows zero options.

Four weeks after it initially said it would suspend operations in Russia, Airbnb has made good on its promise. Reservations starting on or after April 4 have been canceled, the company says in a press release.

“This means that new reservations cannot be made for stays or experiences in Russia or Belarus, and guests located in both countries will no longer be able to make new reservations anywhere in the world,” the company said in a statement.

The company’s CEO Brian Chesky previously announced on March 4 that it would be suspending its operations in both countries but did not provide further details as to why it was doing so. 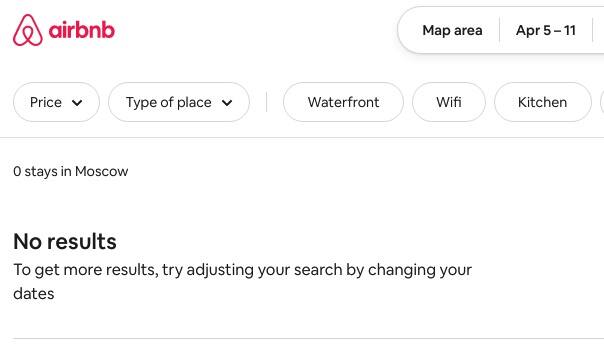 Belarus has been an ally of Moscow in its military invasion of Ukraine, which began on Feb. 24.

The company had previously said it was unable to process transactions affiliated with certain financial institutions in Russia and Belarus due to Western sanctions imposed in the wake of Moscow’s invasion of Ukraine.

Russia has more than 93,000 listings on Airbnb and Belarus almost 4,000, according to market research firm AirDNA.

However, given that multiple countries have limited or completely pulled flights to both countries, it is unclear what impact the new decision will have on Airbnb’s profits.

The company previously announced it was going to accommodate up to 100,000 refugees fleeing from Ukraine, free of charge.

The majority have fled to Poland, followed by Romania and the Republic of Moldova.

“The speed of the displacement, coupled with the huge numbers of people affected, is unprecedented in Europe in recent memory,” said U.N. High Commissioner for Refugees Filippo Grandi last week during his first visit to Ukraine since the conflict began.