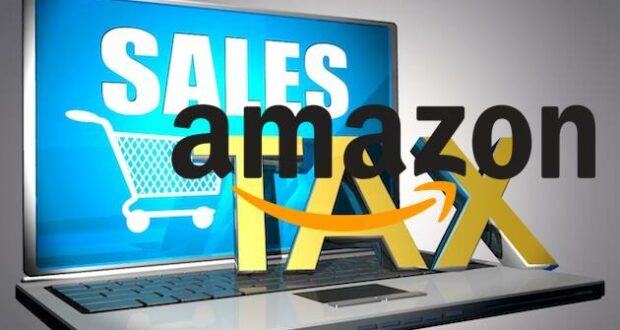 Online retailers such as Amazon will lose the sales tax advantage over local businesses as a new Missouri law goes into effect.

Missouri Gov. Mike Parson signed legislation that will allow Missouri-based businesses better compete with online shopping giants. Commonly referred to as the Wayfair bill, it would require online retailers to collect sales tax on internet purchases made by Missouri consumers. The bill would balance this new tax revenue collected from online purchases by cutting personal income tax for Missouri taxpayers.

READ: One out of four Missouri businesses closed due to Covid restrictions

“This law will help even the playing field between Missouri small businesses and large out-of-state retailers,” Parson said. With more than 570,000 small businesses in the state of Missouri, it is time that we establish a 21st century tax code that benefits our Main Street businesses rather than companies that don’t invest in our communities or employ our citizens.”

The bill will allow Missouri and local jurisdictions to collect a use tax from online retailers who sell and deliver more than $100,000 in tangible goods to consumers in the state annually. Collection and remittance obligations will begin on January 1, 2023. Currently, Missouri businesses lose sales because out-of-state, online retailers are not subject to the same state sales tax laws that local businesses are. The current system also burdens Missouri businesses because they are required to remit sales and use taxes to other states, but out-of-state businesses selling to Missourians do not.

The legislation also creates the Missouri Working Family Tax Credit Act, which is a state level earned income tax credit (EITC) worth at least 10 percent of any federal EITC utilized by a taxpayer. If revenues grow at a healthy level the amount of the credit would increase to 20 percent. The EITC will provide vital tax relief for low- and middle-income families. Additionally, it protects Missourians from having to pay state income tax on the federal stimulus payments they received.