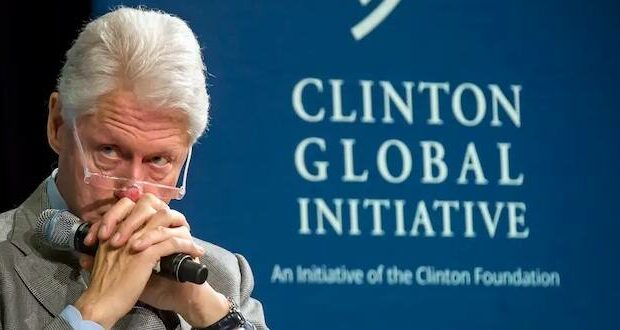 The Clinton Foundation is one of the largest donor advised funds in the world.

Political partisanship is a powerful dividing line, but a new survey shows widespread agreement on the need for changes in how quickly charitable foundations and donor advised funds put donations to work.

Current law gives donors to foundations and DAFs tax breaks today for gifts that may not be forwarded to working charities for years, if ever. Both conservatives and liberals want to stop “subsidizing the wealthy” by decreasing the time that funds can be parked.

“Survey respondents across the political spectrum expressed intense support for moving the money sooner rather than later,” according to the survey conducted by research firm Ipsos for the Institute for Policy Studies, which advocates for change through its Charity Reform Initiative. “Americans want a relatively quick return, with a relatively short timeline for grant-making.”

Respondents were supportive of the important role charitable foundations play (82%). The Institute for Policy Studies is a progressive think tank founded in 1963 by two members of the Kennedy administration, but it found broad support for charitable reform across the political landscape.

The survey found that 90% of conservatives/Republicans and 80% of liberals/Democrats “feel it is not right for taxpayers to subsidize the wealthy to set up permanent foundations and grant donations as they choose.”

“Respondents across the political spectrum expressed a strong discomfort with taxpayer subsidies allowing donors to set up perpetual foundations, with conservatives objecting to such subsidies even more strongly than liberals.”

The survey of over 1,000 adults found that 82% of respondents “support the important role that charitable foundations play,” but many were not aware that “one-third of all charitable donations accumulates in private foundations and DAFs.” After being told that “more than $1.2 trillion in charitable contributions (are) currently sitting on the sidelines,” respondents expressed their disapproval and supported reforms.

“A broad, bipartisan majority wants donors who are receiving preferable tax treatment for their charitable contributions to move funds quickly to active charities on the ground,” said the survey.

The survey found that people want foundations and DAFs to move more funds more quickly to charities that can put it to work:

A majority of respondents (64%) expressed concern about working charities facing challenges, such as more strain on limited resources and rising costs due to inflation.

Ministry Watch has reported on the growing popularity of foundations and DAFs and on legislative efforts to change the rules. In June 2021, the Accelerating Charitable Efforts Act was introduced by senators Angus King and Chuck Grassley. The bill seeks to speed up the process of DAFs granting funds to charities and would require DAFs to pay taxes on funds that aren’t distributed as required. The bill was referred to the Senate Committee on Finance, which has not yet moved it forward.

This piece is republished with permission from MinistryWatch. Steve Rabey is a veteran author and journalist who has published more than 50 books and 2,000 articles about religion, spirituality, and culture. He was an instructor at Fuller and Denver seminaries and the U.S. Air Force Academy. He and his wife Lois live in Colorado.