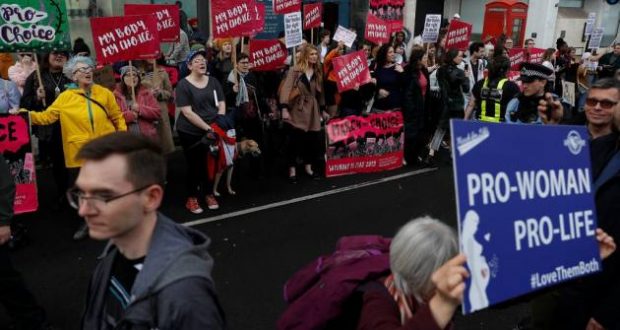 Protesters on both sides of the abortion debate during a march last month in London. A British judge acknowledged that “for the state to order a woman to have a termination where it appears that she doesn’t want it is an immense intrusion.” (National Down Syndrome Society)

While the debate over abortion in our country rages around the issue of life vs. choice, many Americans may have missed the news that a British judge recently ruled a women under the care of the government’s National Health Service (NHS) must terminate her pregnancy against her will at 22 weeks. 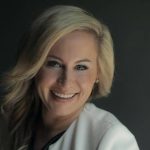 In this instance, neither life, nor choice was an option for this mother. Three government doctors argued the abortion was in her best interest, not taking the pregnancy to term as she desired. The court agreed.

To many Americans, this situation seems incomprehensible. To those who remember the stories of Charlie Gard and Alfie Evans, it may not. Each of these tragedies represent the dangers of placing health care decisions in the hands of government officials and doctors in a socialized health care system. Danger is at our doorstep in the United States as most serious contenders for the Democratic Party’s nomination for president commit to eliminating private health insurance and forcing Americans onto a government-run system like Britain’s NHS, providing taxpayer funding for abortions, and guaranteeing no limits on abortions up to the moment of birth.

In this heart wrenching case, the judge made his callous decision based on the rationale that the mother, who happened to have a disability, was unfit to carry her child to term solely based on the diagnosis of that disability. This is discrimination at its worst.

As the former President and C.E.O. of the National Down Syndrome Society, I have spent my career fighting to ensure people with disabilities are valued in our society and that those with Down syndrome, both born and unborn, have the value, dignity, and respect they deserve. In 2019, it’s hard to believe these outdated stereotypes still exist in our society at all, much less in a system supposedly designed to provide health care.

Individuals with disabilities are vital to every fabric of our society and beautiful country. They graduate along-side their peers in high school, pursue postsecondary college, go on to have not just jobs but careers, get married, have loving families, and are productive members of their communities.

Most reading this may think “this would never happen here.” However, this type of discrimination happens every day in America. From a Los Angeles surgeon who tells a mom he will not operate on her son because his “IQ wasn’t high enough,” to the OBGYN who tells an expecting mother, “your baby has Down syndrome. Make an appointment and we will take care of it next week,” these archaic and dangerous stereotypes persist. Stereotypes that found an almost deadly foothold in at least one courtroom in Britain.

Whether you are pro-choice, or pro-life as I am, surely all Americans can agree we do not want government officials determining the course of a woman’s pregnancy and whether to end the life of an unborn child against the will of its mother. Surely we can agree a mother with Down syndrome shouldn’t be forced to abort her baby.

Thankfully, the U.K. Appeals Courts has overturned the lower court’s ruling and saved the unborn child’s life for now. But make no mistake, these are issues that we will be forced to grapple with if America makes the choice to embrace socialized medicine, and Democrats advocating for government solutions should have to answer for it.

–Sara Hart Weir, MS,  is the former President and CEO of the National Down Syndrome Society.