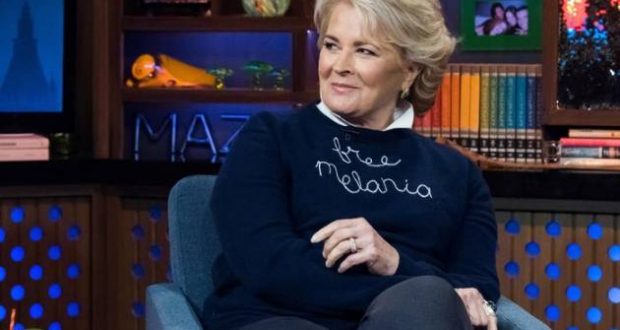 The reboot of the Murphy Brown TV show has been cancelled only a few months after it debuted. Billed as a liberal and anti-Trump response to what was considered the pro-Trump Roseanne show, Murphy Brown could never gain the viewership or overcome it’s strictly politicized humor aimed at the President and First Family.

Roseanne Barr’s show Roseanne was the number one show in the nation during its short-lived one year reign on television. It was abruptly cancelled after Barr made an insensitive comment toward a former Obama official on Twitter.

For Murphy Brown, the rebooted series starred Hollywood liberal Candice Bergen and was produced by original creator Diane English. It has underperformed (6.2 million total viewers and a 0.9 in the key 18-49 demo) in its prime Thursdays at 9:30 p.m. slot.

While the comedy of Roseanne reflected middle-America in “red” territory, Murphy Brown’s attempt at humor was geared towards the “inside-the-beltway” crowd of liberal Washington DC, New York, LA and other urban centers that overwhelmingly voted for Hillary Clinton in the 2016 election.

Producers had high hopes that discontent with the Trump administration in liberal areas of the nation would be enough to fuel success, even while TV critics said the show was too politicized and just not funny–especially when jokes attacked the First Lady and her teenage son with President Trump.

With ample criticism of the Trump administration on late-night comedy shows, sociologists suggest that Americans are just tired of the continual dumping on the president and not willing to support a show that was no different than any other for its left-leaning content.

As for the television show The Connors, which premiered this fall as a replacement to Roseanne, it too has been cancelled for lack of ratings. With the departure of Barr and the show’s more sublte veer to the left after her departure, viewers abandoned the comedy.

That was one reason, say observers, that the ABC executive who fired Barr was recently canned herself for having made a premature decision in the firing that cost the network hundreds of millions in lost revenue of the natural life-span of a popular television show.