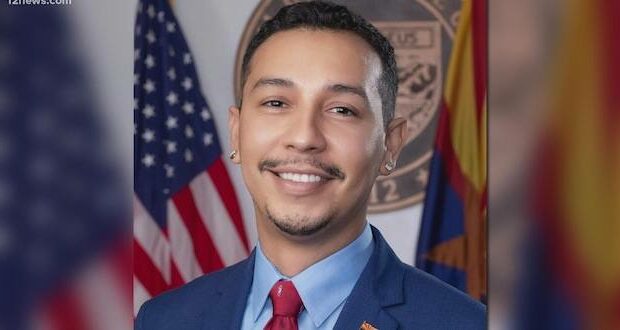 The Democrat sponsor of an Arizona bill expanding sex education to kindergarten has been arrested on felony charges of child molestation.

Sen. Otoniel “Tony” Navarette, who is openly gay and founded the LGBTQ caucus, was a key sponsor of the legislation that would require all schools in Arizona to teach sex education and gender fluidity in kindergarten.

Navarette, 35, described by his peers as a “rising star” in Arizona’s Democratic Party, was arrested last week on charges that included seven felony counts involving sexual abuse of two boys. Police records only listed the victims ages as under 14 at the time.

“These are very disturbing charges,” Arizona Superintendent of Instruction Kathy Hoffman, a Democrat, said in a tweet, “and while everyone is innocent until proven guilty, Senator Navarette needs to resign. We must hold our elected leaders to the highest standards.”

The Arizona House Democratic Caucus released a statement saying they were “deeply alarmed by the arrest of Senator Tony Navarette, and these are obviously very serious and disturbing allegations.”

“We will always strongly support survivors of sexual abuse and have no tolerance for any harm caused to children. Until more is known, it is important at this point to let law enforcement do its job and conduct a thorough and complete investigation providing due process for all involved,” the statement added.

The arrest comes after the sex ed bill was defeated. According to the bill, dubbed then as the “Safe and Healthy Students Act,” schools would provide “sex education that is medically accurate and age-appropriate for pupils who are in kindergarten.” It was not determined who would write the curriculum but sponsors had said that students would be encouraged to explore their gender identity and sexuality.