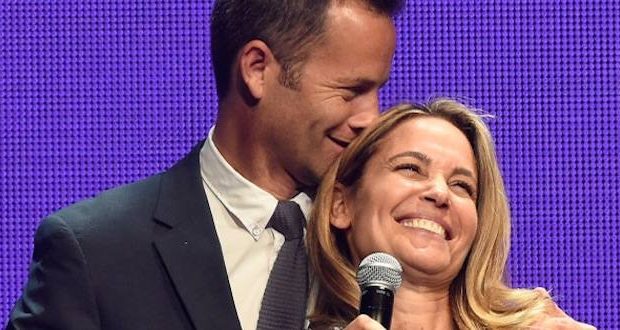 As a dad, Kirk Cameron tackles kids and smartphones

When Kirk Cameron was a teenager starring in the nation’s number one sitcom “Growing Pains,” smart phones were still over a decade away. Metro Voice caught up with the veteran actor turned Christian speaker and activist on his new project concerning kids and smartphones.

Cameron’s latest project wasn’t birthed in the mind of a Hollywood filmmaker or TV sitcom producer. It began when he and his wife bought their six children smartphones, believing that the devices would help with schoolwork. 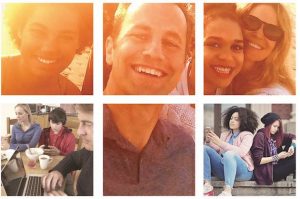 Instead, his children were spending an excessive amount of time on the devices. Cameron then saw a story in the news about a predator who found a child through social media, and he knew he had to take action.

The result was Connect, a documentary in which Cameron interviews experts and even smartphone addicts in a quest for answers about the role of technology among children. His goal is to help parents navigate childrearing in an age of social media, smartphones and tablets.

Connect is available on DVD and is now streaming through Netflix.

“The concern among parents is universal,” he told me. “I wanted to wrap my mind around this whole subject to help my wife and our kids but also everyone else.”

Cameron said he wants to assist families in learning how “they can use” technology “for good rather than it being used for evil.”

I spoke recently with Cameron about Connect. Following is a transcript, edited for clarity:

Metro Voice: What dangers are you referencing when you discuss a tween or tween girl or boy having a smartphone?

Cameron: When we gave our kids a smartphone, there were the obvious immediate concerns: Wow, you’re spending a lot of time on your phone. Hey, you’re not talking much. What kind of content are you viewing on your phone? But I wanted to really get to the bottom of things, which is why I interviewed five experts: a neuroscientist to understand biologically what’s actually happening in the formation of the brain. I also talked to a psychologist, a family counselor, a technology entrepreneur, and a minister to examine the spiritual side of things. And some of the more surprising concerns I found on the neurological side is that kids physically addicted to their phones. There are chemicals being released, called dopamine, which cause an addictive behavior similar to alcohol and drugs. And kids are spending hours each day on their devices. What we need to understand is that these phones are actually designed to be addictive, and you can hear this out of the mouth of several of the developers and designers. They’re designed to make you addicted to them so that they can consume as much of your time as possible. That’s how they make their money.

Metro Voice: What concerns do you have with social media?

Cameron: Although kids are more connected today to followers and friends through social media, experts are saying that this is the loneliest generation of kids ever because of the technology. That’s a result of them lacking personal relationship skills that are developed by meeting and spending time face to face. That’s left them with this sort of virtual phony substitute for a friend. It’s also left them ill-equipped to be successful in the real world, to hold down a job, to have a strong marriage, to be able to have good personal human relationships.

Metro Voice: The million dollar question that lots of parents ask is: “When should my child get a smartphone?” What do you say?

Answer: I would say that your kids have been entrusted to you by God, not to your public school, not even to your church. Your children have been given to you as their first line of defense and their protectors. So I would say it’s whenever you as their mom or dad think they’re ready for it. I can’t tell you the age because I don’t know your kids. I know some kids who are far more capable of handling freedom than other kids are. And it doesn’t have really much to do with their age. I would say it’s when you as a parent decide that they’re ready for one and that they can be responsible with that kind of freedom. I think Connect will help you to determine that.

Metro Voice: What’s in your future?

– Michael Fous. Michael has covered the intersection of faith and entertainment for more than a decade and is a contributing editor to Metro Voice.