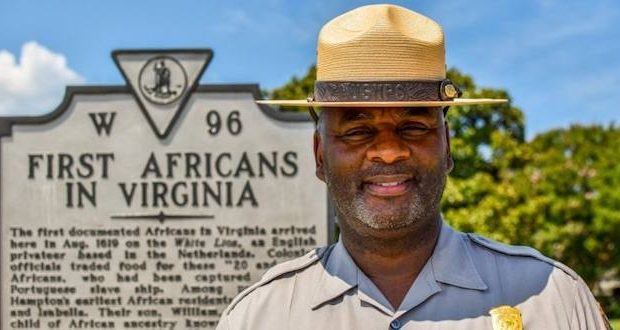 In a ceremony to mark the occasion, President Trump spoke passionately about America’s slave trade and the lasting legacy of human bondage.

“Our nation also reflects upon an anniversary from that same summer four centuries ago.  In August 1619, the first enslaved Africans in the English colonies arrived in Virginia,” the President stated.  “It was the beginning of a barbaric trade in human lives.”

Trump was awarded, along with Muhammad Ali and Rosa Parks, the Ellis Island Medal of Honor  in 1986. The respected acknowledgment is bestowed each year in celebration of “patriotism, tolerance, brotherhood and diversity” to individuals who exemplify those areas. He’s also received numerous awards from national Jewish organizations. 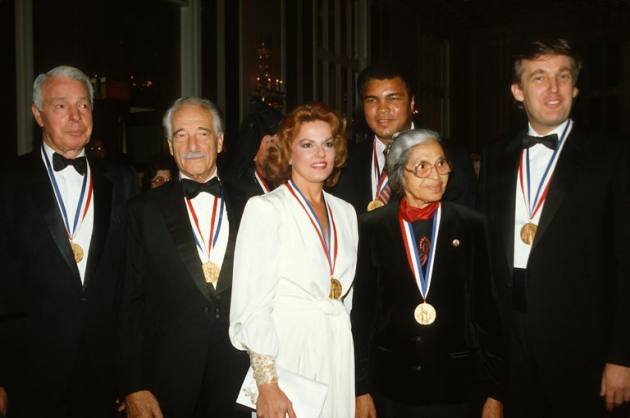 Donald Trump, right, with Rosa Parks, Muhammad Ali and others, receiving the Ellis Island Award for diversity and work in the area of race relations and freedom. Photo: National Archives.

Over 30 years later, now President, Trump is remembered the heritage of African Americans stating, “Today, in honor, we remember every sacred soul who suffered the horrors of slavery and the anguish of bondage.”

Many are now learning about that history while commemorating its painful past.

From the Washington Cathedral to Atlanta, Georgia, bells rang out across the country as part of a day of healing to mark the 1619 anniversary – all part of a national 2019 commemoration.

“Those enslaved Africans, they were enslaved while they were on the White Lion,” historian Bill Wiggins said. “When they debarked or disembarked, there was no status for them at that point in time. So, they were traded as food. Two of them were secured in terms of property of William Tucker who was the commander of Kecoughtan.

Wiggins said those two enslaved people aboard that ship, Anthony and Isabella, were Catholics from Angola. They later became husband and wife, although not legally. 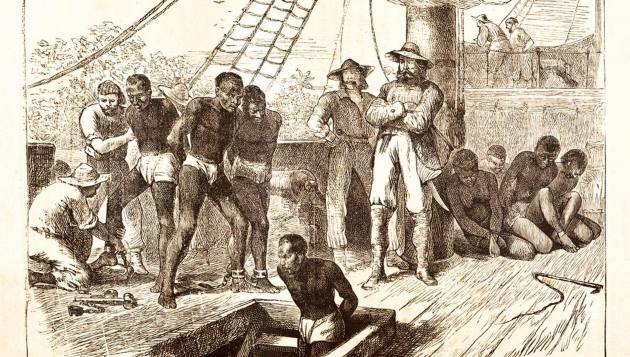 “In 1623, they bore the first African documented child in English occupied North America,” said Wiggins. “That child William Tucker, named after Captain Tucker in honor of him; was baptized in the 2nd Kecoughtan Anglican church.”

The Tucker cemetery in Hampton is where some say members of that first family are buried.

“400 years later we’re telling these stories,” she said. “And we need to be acknowledged for our contributions for the building of America.”

Thousands recently gathered at Fort Monroe to reflect on the country’s dark past.

Terry Brown serves as the first African American superintendent for the Fort Monroe National monument. He believes all Americans of all races should consider the importance of this anniversary of slavery.

“To be in a place where the first Africans landed, I can’t explain to you the emotion that brings up,” said Brown. “I mean, I’ve struggled with this at times because they landed in the same spot I work in.”

Hundreds of years after those first slaves arrived at Fort Monroe, the same peninsula became a refuge for enslaved people during the Civil War.

“The first three men that escaped to freedom came here to Fort Monroe at the outbreak of the Civil War,” explained Glenn Oder, executive director at Fort Monroe.  “Ten-thousand enslaved people followed them to what they called Freedom’s Fortress.”

Many hope that freedom continues to pave the way for greater healing for our nation’s future.

“If a nation can hear our plight and our journey and our accomplishments, maybe on some level, in some small way, we begin to humanize each other and we begin to heal this nation.”

Previous: With Epstein case, public cannot ignore human trafficking
Next: Hurricane Dorian has so far only deluged media with hype, not rain