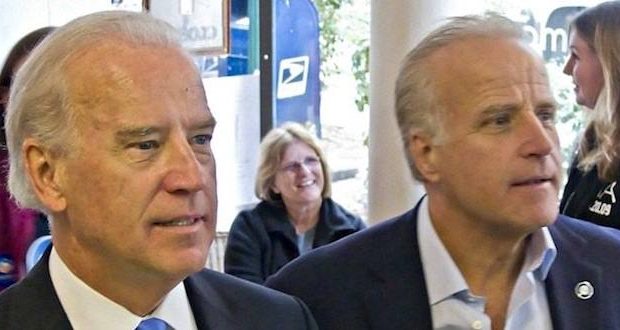 The companies allege that James Biden and his associates stole the companies’ intellectual property and tried to bankrupt them through a fraudulent investment and loan scheme.

One of the startups is Diverse Medical Management (DMM), which operates in Tennessee, Texas, Kentucky, Alabama, and Pennsylvania, offering an outpatient treatment model in areas such as substance abuse and senior care.

The other is Azzam Medical Services (AMS), a provider of medical services primarily to nursing homes.

Michael Frey, DMM president and chief executive, met with James Biden in January 2018 at the Pineville Hospital in Kentucky to present the DMM model. James Biden gave him a business card that said he was a “principal” at Americore Health, a startup that promised—and later failed—to manage the financially troubled rural hospital.

At one point, while Frey was presenting DMM’s plan for intensive outpatient treatment, James Biden interrupted him to say, “My brother needs to have you in every court system in America,’” Frey said in an Aug. 21 sworn statement. Biden was suggesting that DMM would be used by the federal government for court-ordered outpatient treatment.

“I left the meeting very excited and optimistic about the future of DMM,” Frey said.

AMS owner Mohannad Azzam first spoke with James Biden during a call between mid-October and early November of 2018, Azzan said in his Aug. 21 sworn statement. Frey was also on the call.

“During this conversation, James Biden mentioned that his brother’s connections to labor unions and the Department of Veterans Affairs would help DMM expand its model nationwide,” Azzam said.

Shortly before Joe Biden declared his presidential bid, Azzam was on the phone with Frey and James Biden again.

“[James] Biden told Michael Frey and me that the DMM psychiatric care model would be used by Joe Biden as part of his campaign for president of United States, or words to that effect,” Azzam said.

Mitchell Cohen, former general counsel for DMM, recalled a Sept. 4 dinner meeting with Frey, James Biden, and two others in a Philadelphia suburb.

James Biden said “that he could facilitate communications and possible contracts between DMM and the Department of Veteran Affairs, due to the connections that his brother, Joe Biden, had with the Department,” according to Cohen’s Aug. 22 sworn statement.

“James Biden also stated that he could facilitate contracts between DMM and first responders, based on the relationships that his brother had with certain labor unions.”

Biden and his associates promised to invest $10 million into the two companies and instructed them to expand their business. As the expenses of the two startups grew, Biden’s associate, hedge-fund manager Michael Lewitt, provided DMM hundreds of thousands in credit to keep it afloat and had Frey sign several unsecured loan agreements.

“Lewitt reassured me that these agreements were a mere formality … and that these loan agreements would be repaid exclusively by the investment money,” said Frey.

In late 2018, however, “it became clear” to Cohen and others at DMM “that the Biden/Lewitt team had no intention of following through on their funding commitment to DMM,” Cohen said.

Instead, Frey and Azzam learned that a white paper they sent to Biden was pitched to Turkish investors as if the DMM model was developed by Platinum Global Healthcare Partners, an affiliate of Lewitt’s hedge fund, Third Friday Total Return Fund.

When Frey and Azzam threatened legal action, Lewitt’s fund retaliated, the plaintiffs said, by demanding its money back.