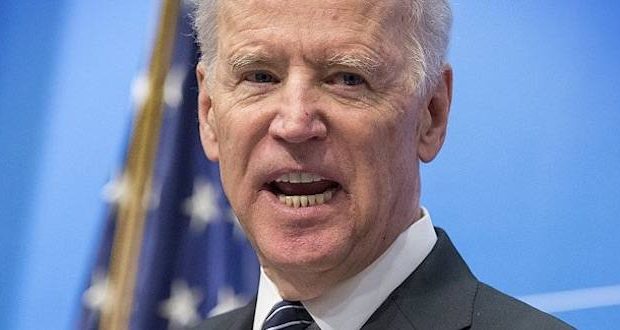 In what many political observers see as an attempt to shore up his sagging poll numbers, U.S. Democrat presidential candidate Joe Biden said on June 6 that he no longer supports a long-standing congressional ban on the use of federal healthcare money for most abortions. The change of mind comes just a day after he had confirmed he was in favor it.

Biden’s poll numbers have crashed since announcing his candidacy and the move may have been made to attack the party’s ultra liberal left whose “abortion at any cost” policy is causing more moderate democrats like Biden to move away from the center of the issue.

The Hyde Amendment was passed in 1976, more than two years after the landmark Roe v. Wade decision, to prohibit the use of federal funds to pay for abortion services, with exceptions in cases of rape, incest, or when there is a threat to the woman’s life.

On late June 6, the 76-year-old Biden told a crowd at a Democratic Party fundraiser in Atlanta that he had changed his mind and would no longer support the Hyde Amendment because of recent abortion bans in select states.

“If I believe healthcare is a right, as I do, I can longer support an amendment that makes that right dependent on someone’s zip code,” Biden said.

But on the previous day, June 5, Biden’s campaign had told Politico that he still supported the Hyde Amendment but would be open to repealing Hyde “if avenues for women to access their protected rights under Roe v. Wade are closed.”

On June 6, Biden explained that as a Roman Catholic, he had in 1976 voted to support the Hyde Amendment as a senator because he believed that those who were pro-life shouldn’t be compelled to pay for abortions sought by others, and that women would still have access to abortion even without Medicaid insurance and other federal healthcare grants, The Associated Press reported.

It was part of what Biden has described as a “middle ground” on abortion.

Biden’s support for the Hyde Amendment had put him out of step with most of his Democratic presidential rivals, including Beto O’Rourke and Elizabeth Warren who had criticized his support for Hyde just this week.

Planned Parenthood and other pro-abortion groups had also publicly criticized the former vice president for his stance on Hyde.

Repealing Hyde has become a defining standard for Democrats in recent years, making what was once a common position among moderate Democrats more untenable. This has become especially so of late, as seen in the dynamics of the 2020 Democratic primary race.

At its 2016 convention, the party included a call for repealing Hyde in the Democratic platform, doing so at the urging of nominee Hillary Clinton.

The Associated Press reported early on June 7 that, according to a senior Biden campaign official speaking on condition of anonymity, some aides were surprised at the speed at which the 76-year-old had changed his stance, given his long history of explaining his abortion positions in terms of his faith.

But following internal conversations, the aides realized that as a front-runner in the primary race, the attacks weren’t going to let up, it was leaked. It was reasoned by the campaign that the fallout within the Democratic primary outweighed any long-term benefit of Biden maintaining his support for Hyde.

Previous: Washington ignores Supreme Court, will punish florist
Next: What is a Real Man?