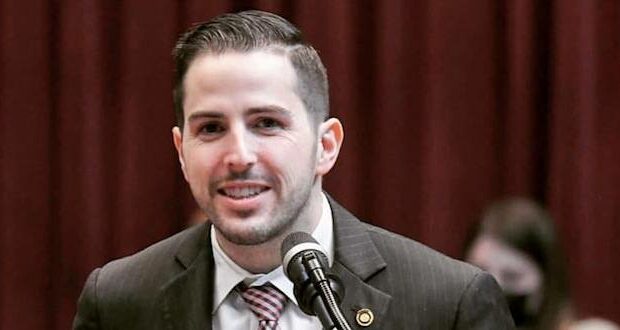 The Missouri Legislature has passed a bill that would allow donors to receive tax credits for donations to students to attend private K-12 schools in the state. The bill is awaiting Gov. Mike Parson’s signature.

House Bill 349 is sponsored by Rep. Phil Christofanelli, R-St. Peters. In February, the House passed the legislation with 82 yes votes, the minimum number required for approval in that chamber. On Thursday, the Senate signed off on the plan. It voted 20-13, with the upper chamber’s 10 Democrats and three Republicans voting against the measure.

“This is a bill that is good for kids,” said Sen. Andrew Koenig, R-Manchester. “It provides another option for kids who may need that option. The reality is every child is different. We don’t know what that child needs, but the parents do. It could be that child is in a great school. but maybe they’re being bullied and they need a different environment. Who knows what the needs of that child are.”

The bill would prioritize special-needs students and those who qualify for free and reduced-price school meals. Under the plan, only students living in a Missouri city with a population of 30,000 or more would qualify. That would mean that students in failing school districts like Kansas City, St. Louis and Columbia would have options.

That ability was especially highlighted this year after big school districts went to online learning, harming at-risk and special needs children. Many parents sought out private schools which were still holding in-person classes.

Senate Majority Floor Leader Caleb Rowden, R-Columbia, has been strongly pushing for passage of the bill.

“There’s no scenario in my mind where we don’t continue to fund the formula,” he said. “I think the notion that if we do this that there’s going to be some shortage of dollars for our K-12 schools is just patently false and is pretty easily pushed back against if you are looking at the data.”

“This bill will drain $75 million away from public schools each year so certain families can get paid to homeschool their kids or get a kickback for sending them to private schools,” he said. “I’m proud of the Democratic caucus for voting unanimously against this legislation. I would encourage any communities upset with this legislation to take a hard look at the Republicans they send to Jefferson City.”

Defenders of the bill shot back at Rizzo for his “some people” remark.

Rizzo in 2010 won his primary by one vote, after a recount. The election board said there was not enough time for a new election while at the same time saying there was considerable evidence of voter fraud. They let the outcome stand. Three years later, Rizzo’s aunt and uncle pleaded guilty to charges filed by Jackson County Prosecutor Jean Peters Baker of illegally voting in 2010.  Rizzo, who comes from one of Jackson County’s most well-known political dynasties, denied any knowledge of the illegal act. The pair was fined and ultimately barred from ever voting in Missouri again.