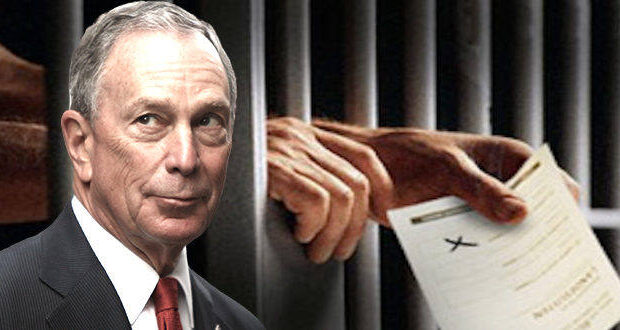 Billionaire Michael Bloomberg may come under investigation for paying off the fines of up to 30,000 convicted felons which would allow them to vote in November’s presidential election. The move is seen by many as an attempt to influence the convicts to vote for Joe Biden. Bloomberg spent $16 million to pay the fines, court costs and other legal fees related to their crimes and incarceration.

In a letter to the special agent in charge of the FBI field office in Tampa and the commissioner of the Florida Department of Law Enforcement, Moody said that a preliminary review of public information by her office suggests that a further inquiry is required.

“After preliminarily reviewing this limited public information and law, it appears further investigation is warranted,” Moody wrote. “Accordingly, I request that your agencies further investigate the matter and take appropriate steps as merited.”

The letter cites a statement from the Florida Department of State Division of Elections that says “even otherwise innocuous offering of an incentive simply to vote could run afoul” of the law “depending on the circumstances.”

A federal appellate court ruled on Sept. 11 that, in addition to serving their sentences, Florida felons must pay all fines, restitution, and legal fees before they can regain their right to vote. The case could have broad implications for the November elections. Florida has 29 electoral college votes that are crucial for President Donald Trump’s hopes of staying in the White House.

Under Amendment 4, which Florida voters passed overwhelmingly in 2018, felons who have completed their sentences would have their voting rights restored. Republican lawmakers then moved to define what it means to complete a sentence.

In addition to prison time served, lawmakers directed that all legal financial obligations, including unpaid fines and restitution, would also have to be settled before a felon could be eligible to vote.

That accounts for about 31,100 people were paid. In a state that decided the 2000 presidential election by 537 votes, these votes could be critical in a year when polls show Trump and former Vice President Joe Biden in a dead heat.