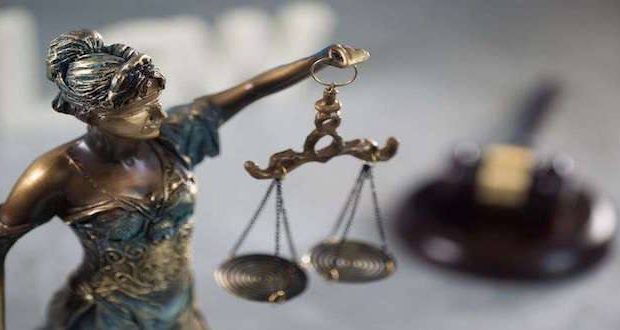 Have Democrats killed arbitration? The House of Representatives just passed a bill that would make it harder and more expensive, even impossible, for Americans to resolve conflicts with their employers.

The legislation, championed by House Democrats, would force aggrieved workers, as well as consumers, into the nation’s courtrooms, where trial lawyers siphon off a huge percentage of any monetary damages. Let’s hope the Senate blocks the bill.

Arbitration allows consumers, workers, and businesses to resolve disputes without incurring the enormous legal bills that accompany traditional lawsuits. Here’s how it works.

When there’s a dispute between a worker and an employer, or a customer and a business, both sides present their case to a neutral third party, called an arbitrator. That arbitrator then carefully reviews the facts and decides who’s at fault, and what, if any, damages are appropriate. Groups like the American Arbitration Association screen potential arbitrators to ensure their professionalism and keep proceedings fair for both sides.

FAIR Act proponents claim that arbitrators disproportionately side with corporations over consumers. Why else, proponents ask, would businesses insist on mandatory arbitration provisions in their “terms and conditions”?

In reality, businesses — as well as consumers and employees — favor arbitration because it’s cheaper and quicker than traditional lawsuits, which can be enormously expensive and time consuming for both sides. Consumers prefer arbitration over litigation by a 2 to 1 margin, according to a recent Public Opinion Strategies poll commissioned by my organization, the Institute for Legal Reform.

In fact, for many consumers, arbitration isn’t just their preferred option — it’s their only viable path to justice. Most trial lawyers will only represent a client on contingency when alleged damages are high, usually tens of thousands of dollars. And most disputes involve much smaller sums. In practice, that means lower-income consumers often can’t afford to file lawsuits.

It’s not surprising that trial lawyers would love to see arbitration replaced by class-action suits, where attorney fees can run into the millions.

Consider one class-action suit against Facebook, which settled a case over alleged improperly shared data about users’ online purchases. Plaintiffs’ lawyers kept more than $2.3 million of the $9.5 million settlement for themselves. Class members didn’t receive a single penny. Instead, almost all the remaining money was doled out in grants to promote internet privacy.

Or consider a class action against Coverall, a janitorial cleaning company. A class of individual franchisees sued Coverall for allegedly misclassifying them as independent contractors, and the company eventually settled the case. The payout the former franchisees received was just $56,525 in total. The lawyers, meanwhile, kept almost $1 million of the settlement for themselves.

FAIR Act proponents also claim that when victims choose arbitration, rather than traditional lawsuits, they face lower odds of success and receive lower compensation. They’re wrong on both counts.

In reality, employees are three times more likely to prevail in arbitration than in court, according to a recent NDP Analytics study for my organization that examined 100,000 employment disputes. Employees who settle disputes through arbitration win a median judgment of $113,818, compared to a median $51,866 for courtroom judgments.

Arbitration is also quicker. It takes 569 days, on average, versus 665 for traditional lawsuits.

Proponents of the FAIR Act say the bill wouldn’t end arbitration. But few companies would continue to subsidize the expense of an arbitration system knowing that they’re almost certainly going to end up in court. And increasing litigation is exactly what the trial lawyers want.

Corporations, workers, and consumers all benefit when attorneys can’t skim millions off settlements. It’s up to the Senate to preserve this low-cost legal option and spare Americans from trial lawyers’ greed.

–Harold Kim is the chief operating officer of the U.S. Chamber Institute for Legal Reform.

Previous: Buttigieg pushes back against O’Rourke’s plan to punish churches
Next: Messianic congregation invites you to the Feast of Tabernacles and the ‘Greatest Day’